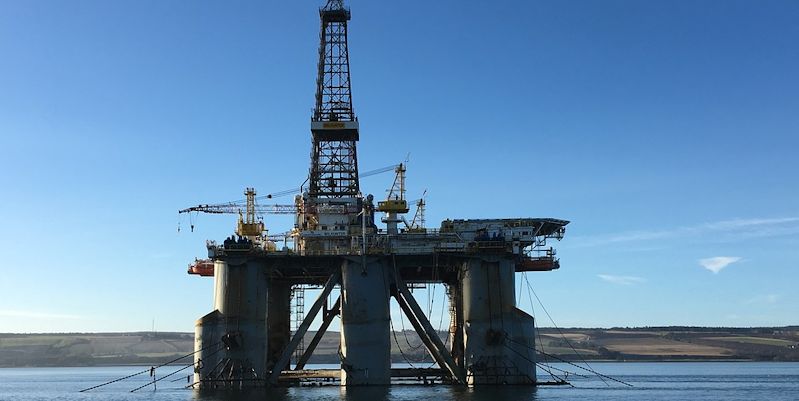 Work spanning two decades at the University of Leeds has driven continual improvements in the speed and efficiency of hydrocarbon exploration, enabling oil companies to identify prospective areas faster and with reduced cost. Shell alone values the use of the research products at $2.5 million per exploration project.

In collaboration with University of Leeds spin-out company, Getech, Leeds researchers Professor Derek Fairhead and Dr Chris Green, developed an improved method of detecting marine gravity anomalies, using satellite altimeter data. Gravity anomalies highlight slight variations in the strength of the gravitational force over the earth’s surface, compared to a featureless surface, which can caused by concentrations of mass in a particular region.

They are routinely used by oil companies to detect where areas of oil and gas may have accumulated deep under the earth’s surface.

The industry-academic team reviewed and improved the process of generating satellite gravity data, to produce large data sets of gravity anomalies, resulting in a greater than 10 percent improvement. Using the new techniques, they generated a new gravity data set for the continental margins of the world and the Getech Trident marine gravity data product, with even greater improved resolution and reliability.

Although the initial work sponsored by Shell, Statoil, ENI and Total, the reach has now extended to use by most of the world’s leading oil companies, especially since the release of further enhancements to the product.