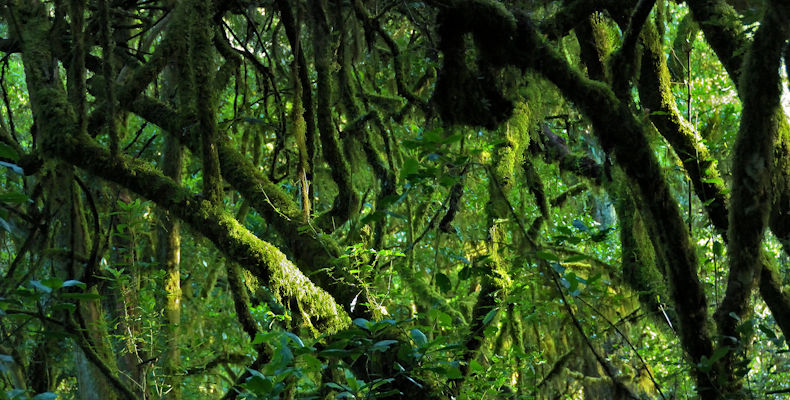 The United Bank of Carbon charity, set up by Leeds researchers, has protected over 200,000 hectares of tropical forest and encouraged UK businesses to invest in global forest management schemes.

Pioneering forest research, from School of Earth and Environment, inspired the initiative and has provided further knowledge that underpinned a change in the UK government policy on biofuels production.

Lead researcher Dr Dominic Spracklen’s work in Ecuador first revealed how much carbon is stored in tropical mountain forests. It provided the evidence base needed for the World Land Trust to establish a forestry based climate change mitigation scheme in Ecuador with an investment of £440,000 in forest protection and reforestation. But a wider global response was needed to protect forests, so in 2009 the charity, United Bank of Carbon (UBoC) was established in 2009 as a partnership between the University of Leeds, the Bettys and Taylors Group and Deloitte LLP.

The Bank is a carbon credit/offset scheme which protects and restores forests by supporting environmentally and socially-responsible partnerships between businesses and local communities.

Spracklen also led research that first showed carbon emissions are greatly increased when forests are cleared to cultivate biofuel crops. He gave evidence to the House of Commons Environmental Audit committee, arguing that UK biofuels policy should account for the carbon emissions released through the change of land-use during biofuels production.

This resulted in a government policy amendment requiring fuel suppliers to show that biofuel crops have not damaged land with high natural carbon stores and that any land-use change emissions have been accounted for. A government report stated that “The stimulation of biofuels production by the Government and EU is reckless in the absence of effective mechanisms to prevent the destruction of carbon sinks internationally. The Government must ensure that carbon sinks are effectively protected before providing incentives for use of biofuels.” The policy amendment ensures that biofuel use in the UK does not result in the clearance of natural forests and grasslands worldwide.

This Leeds-led research has also influenced debates and reports around the sustainability of biofuels within the UN Food and Agriculture, and Environment programmes.