Expedition to drill into the mysteries of seismic activity 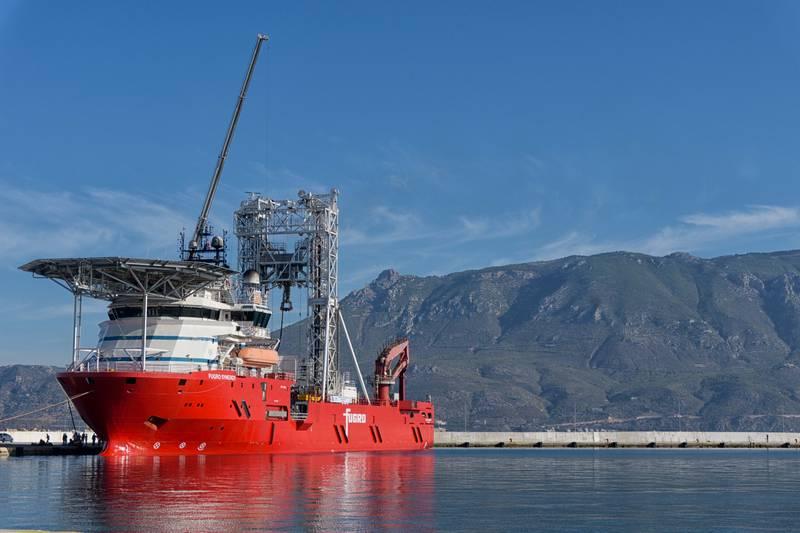 An international expedition aims to better understand seismic activity through samples collected from one of the most geologically active areas in Europe.

More than 30 scientists, including Dr Richard Collier from the Institute of Applied Geosciences, will be participating in an expedition which will analyse data gathered from a tear in the ocean floor — the Corinth Rift.

Located in central Greece, the rift is caused by one of the Earth’s tectonic plates being ripped apart causing such geological hazards as earthquakes.

The overall aim of the project is to gain insight into the rifting process by collecting sediment cores and compiling data from the samples on their geological history, composition, age and structure.

The research vessel, DV Fugro Synergy, will launch in late October to collect the cores at three different locations with drilling going to a depth of 750 metres below the seabed.

Dr Collier, from the School of Earth and Environment at Leeds said: “The Corinth Rift provides a unique laboratory in one of the most seismically active areas in Europe. It is a relatively young tectonic feature having only formed in the last five million years. It is an ideal location to learn more about early rift development and how tectonics affect the landscape

“The cores will also allow us to determine the relative impacts of sea level change of and climate change through time on the transfer of sediment from the surrounding landscape to the basin floor.

"The opportunity to quantify these competing controls on rift sedimentation for the first time makes this project particularly exciting. By increasing our understanding of this particular rift we may be better able to predict seismic hazards in other areas and inform the hunt for sediment bodies in other parts of the world that might contain hydrocarbons. ”

Researchers have been working in the Gulf of Corinth region for many decades — examining sediments and active fault traces exposed on land and using marine geophysics to image the basin and its structure below the seafloor. However, there is very little information about the age of the sediments and of the environment of the rift in the last one to two million years.

The core samples collected and analysed by the team will help answer such questions as: What are the implications for earthquake activity in a developing rift? How does the rift actually evolve and grow and on what timescale? How did the activity on faults change with time? How does the landscape respond to tectonic and climatic changes? And what was the climate and the environment of the rift basin in the last 1 to 2 million years?

Co-chief scientist of the expedition, Professor Lisa McNeill from the University of Southampton, said: “By drilling, we hope to find this last piece of the jigsaw puzzle. It will help us to unravel the sequence of events as the rift has evolved and, importantly, how fast the faults, which regularly generate damaging earthquakes, are slipping.”

The 33 scientists involved in the expedition are from Australia, Brazil, China, France, Germany, Greece, India, Norway, Spain, the United States, and the United Kingdom and cover a range of different geoscience disciplines.

Nine of them will sail onboard the DV Fugro Synergy from October to December of this year. After the offshore phase in the Gulf of Corinth the entire team, including Dr Collier, will meet for the first time at the IODP Bremen Core Repository (BCR), located at MARUM – Center for Marine Environmental Sciences at the University of Bremen, Germany. There they will spend a month splitting, analysing and sampling the cores and reviewing the data collected.