School of Earth and Environment news Tuesday 2 May 2017 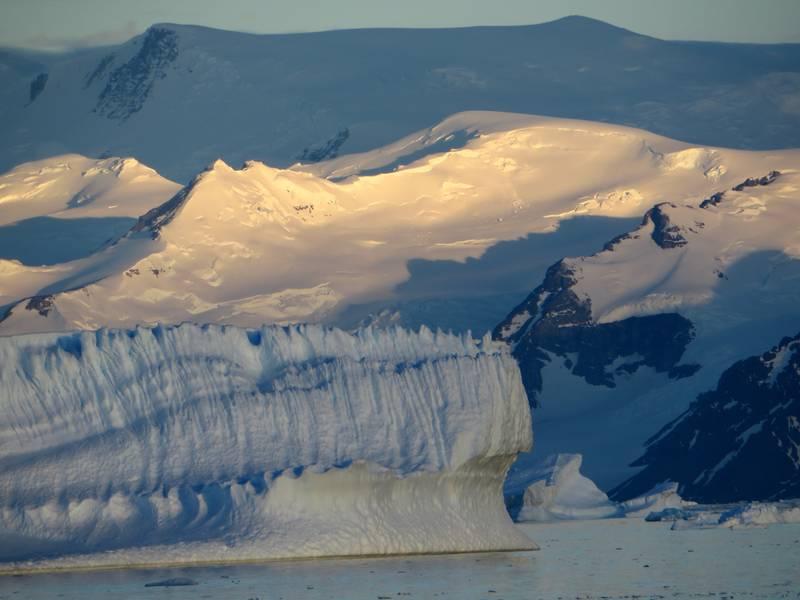 Glacier flow at the southern Antarctic Peninsula has increased since the 1990s, but a new study has found the change to be only a third of what was recently reported.

An international team of researchers, led by the UK Centre for Polar Observation and Modelling at the University of Leeds, are the first to map the change in ice speed. The team collated measurements recorded by five different satellites to track changes in the speed of more than 30 glaciers since 1992.

The new Leeds led research calls into question a recent study from the University of Bristol that reported 45 cubic kilometres per year increase in ice loss from the sector. The Leeds research found the increase to be three times smaller.

Lead author Dr Anna Hogg, from the Institute of Climate and Atmospheric Science, said: “Dramatic changes have been reported in this part of Antarctica, so we took a closer look at how its glaciers have evolved using 25 years of satellite measurements dating back to the early 1990s.”

The researchers found that between 1992 and 2016, the flow of most of the region’s glaciers increased by between 20 and 30 centimetres per day, equating to an average 13% speedup across the glaciers of Western Palmer Land as a whole.

These measurements provide the first direct evidence that Western Palmer Land is losing ice due to increased glacier flow — a process known as dynamical imbalance.

The team also combined their satellite observations with an ice flow model using data assimilation to fill in gaps where the satellites were unable to produce measurements. This allowed the complete pattern of ice flow to be mapped, revealing that the regions glaciers are now pouring an additional 15 cubic kilometres of ice into the oceans each year compared to the 1990s. 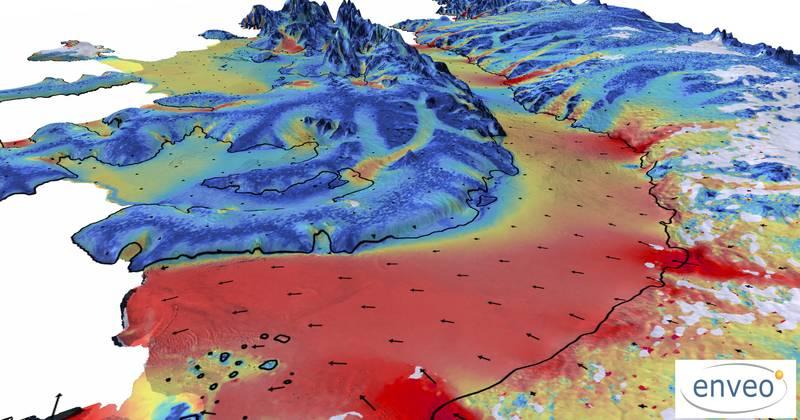 The earlier study reported that the region was losing three times this amount of ice, based on measurements of glacier thinning and mass loss determined from other satellite measurements. The Leeds study casts doubt on that interpretation, because the degree of glacier speedup is far too small.

Study co-author Professor Andrew Shepherd, also from the School of Earth and Environment, explained: “Although Western Palmer Land holds a lot of ice - enough to raise global sea levels by 20 centimetres - its glaciers can’t be responsible for a major contribution to sea level rise, because their speed has barely changed over the past 25 years. It’s possible that it has snowed less in this part of Antarctica in recent years - that would also cause the glaciers to thin and lose mass, but it’s a not a signal of dynamical imbalance.”

The greatest speedup in flow was observed at glaciers that were grounded at depths more than 300 m below the ocean surface.

Dr Hogg said: “We looked at water temperatures in front of the glaciers which have sped up the most, and we found that they flow through deep bedrock channels into the warmest layer of the ocean. This circumpolar deep water, which is relatively warm and salty compared to other parts of the Southern Ocean, has warmed and shoaled in recent decades, and can melt ice at the base of glaciers which reduces friction and allows them to flow more freely.

With much of Western Palmer Land’s ice mass lying well below sea level it is important to monitor how remote areas such as this, are responding to climate change. Satellites are the perfect tool to do this.”

Pierre Potin, ESA’s Manager of the Copernicus Sentinel-1 Mission which was used in the study, said: “We will continue to use Sentinel-1’s all weather, day-night imaging capability to extend the long term climate data record from European satellites.”

Caption: Ice flow in Western Palmer Land from 1992 to 2016, from an optimised ice sheet model.