Increase in extreme West African storms due to global warming 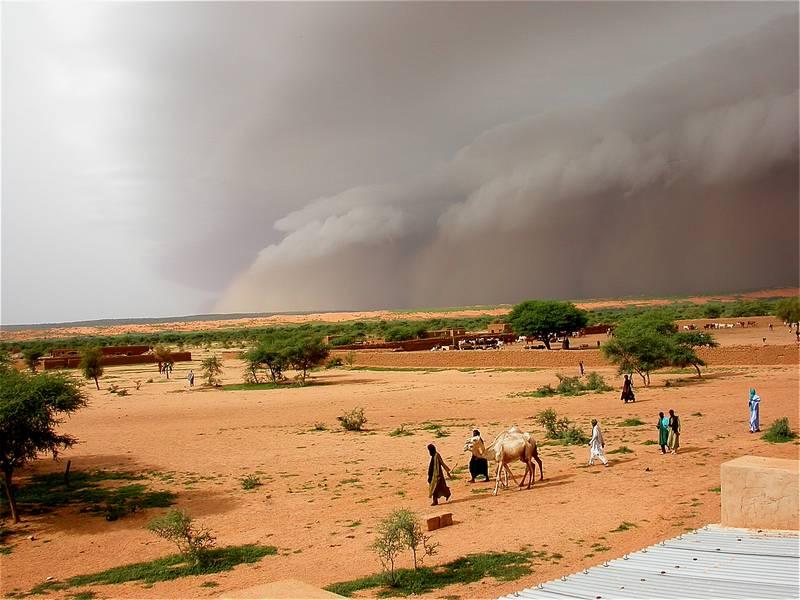 Global warming is responsible for tripling the frequency of extreme West African Sahel storms over the last three decades putting numerous cities in the region at risk, say scientists.

An international team, including Professor Douglas Parker from the Institute for Climate and Atmospheric Science, have analysed weather trends from 35 years of satellite observations across Africa. Their findings, published today in Nature, suggest that the power and frequency of intense storms in the Sahel is linked to the increasingly hot conditions in the Sahara desert caused by global warming.

The study estimates that climate change will cause the Sahel, a band of semi-arid land to the south of the Sahara desert, to experience more instances of extreme rain in future.

“We have seen these engines become more active over recent decades, resulting in increases in hazardous events in a region that is home to some of the most vulnerable people on the planet.”

The Sahel zone in Africa is a region of sharp contrasts, from hot dry conditions over the Sahara in the north, to cooler, moister conditions in the south. When the temperature of the Sahara increases, the temperature contrast between the two regions causes significant changes in the African Easterly Jet - an airstream which organises and steers the weather systems in the region.

The study found warmer temperatures in the Sahara were associated with the African Easterly Jet becoming stronger and the regional weather systems getting more intense.

The changing dynamics of the weather systems, forced by the Saharan warming, is extracting more water from the atmosphere leading to extreme Sahelian storms.

The intense Sahelian storms, also referred to as Mesoscale Convective Systems (MCSs), are some of the most explosive storms in the world, containing clouds that can rise 16km above the ground.

The increase in frequency of Sahel storms has put many West African cities at risk of frequent severe flooding, leading to displacement and the spread of disease due to poor sanitation.

In 2009 a MCS caused a downpour of over 260 millimetres over several hours, destroying more than 250 homes in Ouagadougou, Burkina Faso. More than 50 per cent of the city’s territory was flooded, including the main hospital.

Lead author Dr Christopher Taylor, from the Centre for Ecology and Hydrology part of the Natural Environment Research Council said, “Global warming is expected to produce more intense storms, but we were shocked to see the speed of the changes taking place in this region of Africa.”

Professor Douglas Parker and Dr Christopher Taylor have been collaborating for 20 years on the study of African weather systems and climate. Their research along with the findings published in Nature was presented at the General Assembly of the European Geosciences Union in April.