Shining a light on the darkness of soot in air pollution 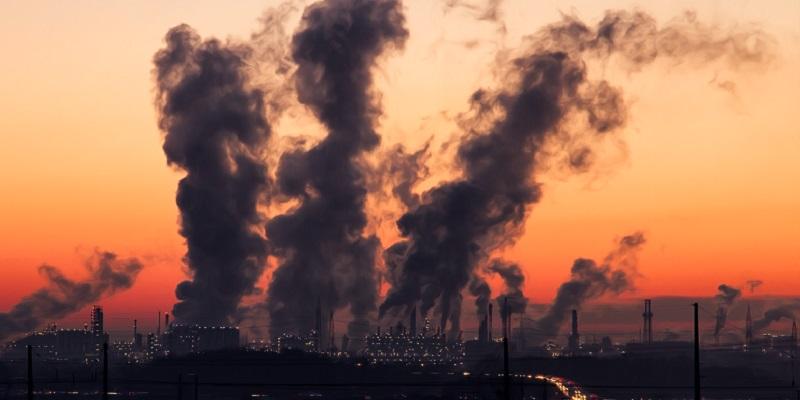 Researchers are a step closer to understanding the relationship between the colour of soot particles and the effect of such atmospheric pollution on climate.

A study published in Nature Geoscience, which involved scientists from the University of Leeds, identifies the specific amount of transparent material at which light absorption enhancement begins to take place, causing soot to become darker.

Lead author Dr Dantong Liu, from the University of Manchester, explained: “The atmosphere contains a mixture of man-made and natural particulates that can have either a warming or cooling effect on climate.

“Of the pollutant particles, black carbon is the most important contributor to warming. Black carbon absorbs light at all wavelengths, causing a highly efficient and very localised warming effect on the atmosphere.”

The researchers focused on the mix of black carbon and other substances in soot particles that are released by combustion processes, such as wood burning, diesel engines and industry. They tested different types of soot during Bonfire Night in 2014 which, due to weather conditions that day, was particularly polluted and had a high concentration of atmospheric woodsmoke particles.

GLOMAP, a computerised model of aerosol microphysical and chemical processes developed by the University of Leeds, was then used to calculate the details of the particle distribution in the atmosphere.

Different forms of combustion create different ratios of black and non-black carbon and the study identified the specific mass ratio at which the light absorption enhancement begins to take place, causing the soot to become darker.

If there is less than one-and-a-half times more non-black carbon to black carbon on the soot particle – then no enhanced absorption is detected. This is believed to be because the material fails to fully coat the black carbon. This ratio is typically found in diesel exhaust fumes, for example.

But if there is more than three times non-black carbon than black carbon on the soot particle, this creates an optimum lensing effect and light absorption is enhanced. These higher ratios are found on soot from wood burning, which is a major source of soot worldwide from forest fires and farming.

Study co-author Dr James Allan from the University of Manchester said: “Soot particles are known to affect climate, particularly on local scales where they can influence weather systems – but their exact effect is currently highly uncertain.

“However, evidence for this effect in the field has been inconsistent. With a combination of lab and atmospheric measurements we’ve shown that this coating mass has to reach a certain threshold for this to take effect.

“These finding will help us reconcile results from previous experiments and field observations and should help us develop more accurate climate models in the future.”