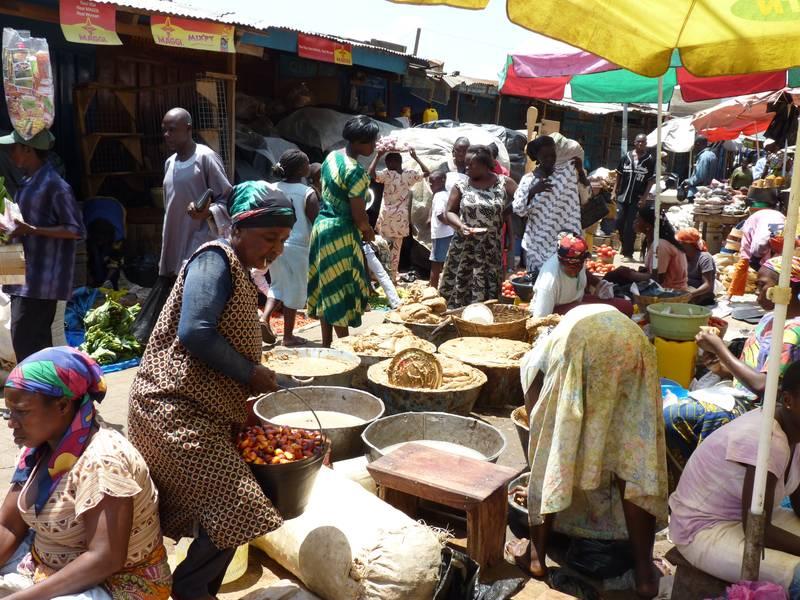 New research by European and African scientists, including a team from ICAS, warns of the risks posed by the increasing air pollution over the cities of West Africa.

This comes amid fears it could have an impact on human health, meteorology and regional climate.

The atmosphere above West Africa is still one of the least studied and understood on the planet, despite its central role for the health and economic wellbeing of a large and increasing population.

Rapidly expanding cities such as Lagos in Nigeria, Accra in Ghana and Abidjan in Ivory Coast are producing large amounts of harmful aerosols and gaseous pollutants.

Scientists say human health, food security and the climate of the region is at risk and there is an urgent need for better observations and models to quantify the magnitude and characteristic of these impacts.

The region’s climate is characterized by a sensitive monsoon system which controls winds, temperature, clouds and most importantly rain. Changes in air pollutants may be causing changes in the solar heating and clouds, which in turn may lead to changes the rainfall and temperature.

As the population of the region grows these changes may intensify, the scientists say.

The study, published in Nature Climate Change, is part of a EU-funded research project which is led by Professor Peter Knippertz from the Karlsruhe Institute of Technology, and also involves the University of York and other European and African institutions.

The scientists warn that the region has been, and is projected to be, subject to substantial greenhouse-gas-induced warming with the monsoonal flows particularly sensitive to the impact of aerosols.

Professor Mat Evans, based at the Wolfson Atmospheric Chemistry Laboratories at the University of  York and one of the authors of the study, said: “The story here is that climate change is happening, there’s no doubt about that.

“How that manifests itself with something like rainfall, which is what really matters, is much more complicated.

“If we are missing key processes in our models because we have not gone out and tested them in challenging environments then we have less confidence in what is going on.”

Professor Evans said it was vital that any future policy advice is based on sound scientific observations from the region.

“If you are going to make plans for how to deal with this in the future you want to do it from a position of knowledge rather than a position of ignorance. We need to get more observations in the region and we have started to do that.

“At the moment we don’t have the observations to be able to test the models to even know how good the predictions are.”

He said the most urgent need now was to collect much needed data from the atmosphere above West Africa.

“The environmental degradation maybe local but the implications can be regional and global. One of the potential impacts is population migration.

“If people have no food because the climate is changing in their region then they will move. There are knock on effects.”

The research: ‘The possible role of local air pollution in climate change in West Africa’ was funded from the European Union Seventh Framework Programme (FP7/2007-2013) under grant agreement 603,502 as part of the Dynamics-aerosol-chemistry-cloud interactions in West Africa  (DACCIWA) project.