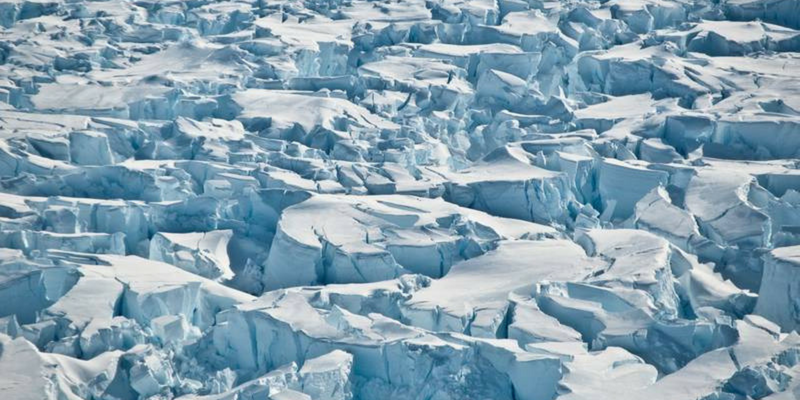 Monitoring Antarctica from space has revealed how its ice is being lost to the oceans, providing crucial insight into the continent’s response to a warming climate.

Their report, published today in Nature’s special issue on Antarctica, explains how ice shelf thinning and collapse have triggered an increase in the continent’s sea level contribution. It also explains that although the total area of sea ice surrounding Antarctica has shown little overall change during the satellite era, there are signs of a longer-term decline when mid-twentieth century ship-based observations are considered.

Lead author Professor Andrew Shepherd, from the School of Earth and Environment, at Leeds said: “Antarctica is way too big to survey from the ground, and we can only truly understand the trends in its ice cover by looking at the continent from space.”

In West Antarctica, ice shelves are being eaten away by warm ocean water, and those in the Amundsen and Bellingshausen seas are up to 18 per cent thinner than in the early 1990s. At the Antarctic Peninsula, where air temperatures have risen sharply, ice shelves have collapsed as their surfaces have melted. Altogether, 34,000 km2 of ice shelf area has been lost since the 1950s.

“Although breakup of the ice shelves does not contribute directly to sea-level rise – since ice shelves, like sea ice, are already floating – we now know that these breakups have implications for the inland ice: without the ice shelf to act as a natural buffer, glaciers can flow faster downstream and out to sea,” said Professor Helen Amanda Fricker, a glaciologist at Scripps Institution of Oceanography at UC San Diego.

More than 150 studies have tried to determine how much ice the continent is losing. The biggest changes have occurred in places where ice shelves – the continents protective barrier – have either thinned or collapsed.

In the Amundsen Sea, for example, ice shelf thinning of up to 6 metres per year has triggered a 1.5 km per year acceleration of the Pine Island and Thwaites glaciers. These glaciers have the potential to raise sea levels by more than a metre, and are now widely considered to be unstable.

Satellite observations have meanwhile provided an increasingly detailed picture of the sea ice cover, allowing us to map the extent, age, motion and thickness of the ice.

The combined effects of climate variability, atmosphere and ocean circulation, and even ice shelf melting have driven regional changes, including reductions in sea ice in the Amundsen and Bellingshausen seas.

Dr. Sinéad Farrell, from the Earth System Science Interdisciplinary Centre at the University of Maryland said: “The waxing and waning of the sea ice controls how much sunlight is reflected back to space, cooling the planet. Regional sea ice loss impacts the temperature and circulation of the ocean, as well as marine productivity.”

New and improved missions, such as Sentinel-3, the recently launched Gravity Recovery and Climate Experiment Follow-On (GRACE-FO), and the eagerly awaited ICESat-2, will continue to give us insights into the disappearing ice in even greater detail.