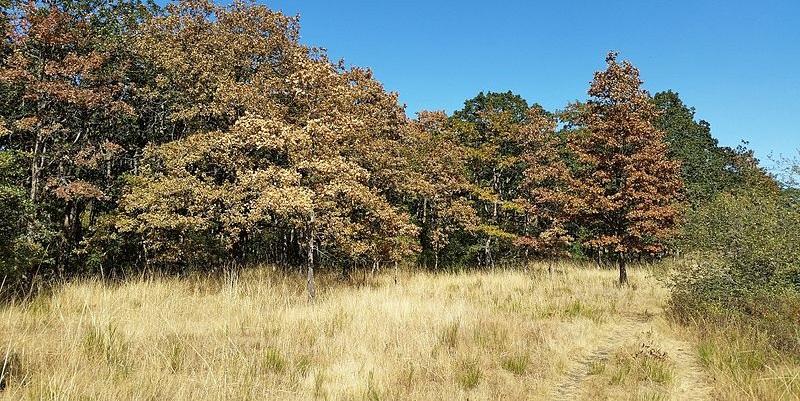 An extensive study on the effects of warmer springs on plant growth in northern regions shows substantially reduced plant productivity in later months.

The results call into question the validity of current climate models that include plant productivity when assessing the amount of carbon captured by vegetation and what remains in the atmosphere.

Using 30 years of satellite images, an international team led by the University of Leeds examined 41 million km2 of land in northern regions. They found that the early onset in plant productivity caused by warmer springs does not continue into the summer and autumn months.

Now, the team has found the adverse effects caused by a warmer spring, particularly those linked to depleted water supply, substantially reduced any benefit from longer warm seasons. In many areas plant biomass decreased in the summer and autumn months, significantly limiting carbon capture.

We can see that when there has been an early warm, spring plant productivity pays the price later in the year.

The study, published in Nature, shows that current climate models underestimate the reduction in plant productivity and are therefore overestimating the amount of carbon being absorbed by terrestrial ecosystems throughout the year.

Dr Wolfgang Buermann, who led the research while at the School of Earth and Environment at Leeds, is now based at University of Augsburg in Germany.

He said: "Northern regions have experienced substantial warming since the early 1970s, changing how many ecosystems function."

"There has been a limited understanding of the full impact of shorter winters and longer summers on plants until now. The availability of satellite images has allowed us to survey all of the world’s northern regions and get a full picture of how plants are reacting to the shifting seasons."

Dr Buermann added: "The concern is that climate models used to predict future climate change impacts are not reflecting what the observations clearly shows. The earlier onset of spring was thought to aid plant productivity into the summer and autumn months.

"However, we can see that when there has been an early warm spring, plant productivity pays the price later in the year. It appears that valuable resources needed for plant growth such as water are not available in abundance and when consumed early in the growing season are lacking later on.

"Based on future climate predictions, warmer springs are set to become the standard. There is a great need to make sure our models are accurately incorporating the effects of warmer springs on our ecosystems and how this in turn impacts climate change. Without this we cannot accurately predict how global temperatures may continue to change, the effect this could have on weather or the potential threat to public health."

Study co-author Dr Matthias Forkel, from the Vienna University of Technology, said: "We already knew that the temporal course of plant growth has shifted significantly as a result of climate change.

"These mechanisms are complicated and regionally different. Unfortunately, that changes the climate forecasts in an unpleasant direction. We have to assume that the consequences of global warming will be even more dramatic than previously calculated."

Dr Forkel explained how satellite images from entire globe north of the 30th parallel were studied – from southern Europe and Japan to the tundra regions in the far north. It allowed the team to determine point by point how much photosynthesis takes place and how much biomass is gained.

With satellite images the team was able to survey the northern regions for greenness associated with healthy productive vegetation. They assessed the correlations between temperature, time of year and extent of greenness across the northern landscape, including areas in the UK, Canada, Germany, France and Russia.

The satellite observations showed the northern hemisphere becoming greener in the spring but between 13 and 16% of the total land area showed adverse effects in later months. This is contrast to current carbon cycle models which show adverse effects between 1 and 14%.

Negative effects of the warmer springs were particular localised in western North America, Siberia and parts of eastern Asia.

The study suggests that depleted water resources associated with a warmer spring season could be a significant cause of the reductions. Abundant plant growth leads to increased water demand and evaporation which prevent plants from having enough water later in the year to maintain productivity. Certain plants may also have a naturally predetermined growth period, which cannot be prolonged and an earlier growth spurt results in an earlier decay.

For more information or to arrange interviews, contact press officer Anna Harrison at the University of Leeds a.harrison@leeds.ac.uk or +44(0)113 343 4031.