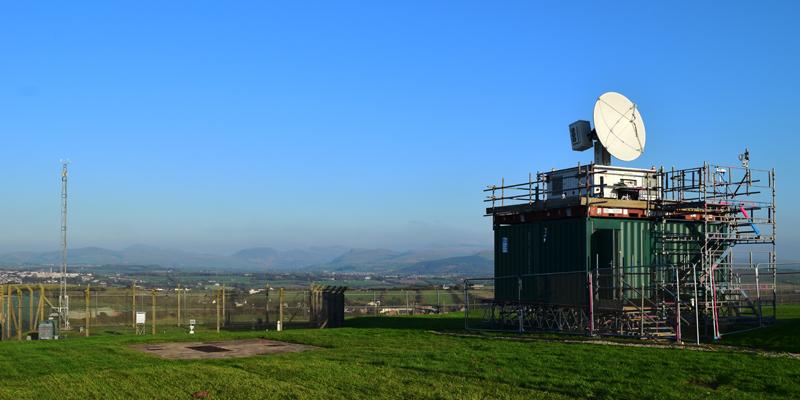 Three scientists from the School of Earth and Environment are part of a team aiming to improve flood forecasting in Cumbria.

Dr Ryan Neely, Dr Lindsay Bennett and Dr David Dufton are heading up the University’s involvement in RAIN-E (Radar Applications in Northern England) – a collaborative research agreement with the National Centre for Atmospheric Science (NCAS) and the Environment Agency.

By deploying a new mobile X-band weather radar in the North of Cumbria, the research team are hoping to capture high resolution rainfall data on the region which has been heavily affected by flooding in recent years. The information gathered will allow researchers to better understand extreme precipitation and related events like flooding, in an area which is not adequately covered by the UK’s permanent radar network.

“We’re happy to be working with the Environment Agency to provide them with high resolution data in this under-observed region so that they may improve their flood forecasts. We’re also excited to make observations in a new region that will allow us to explore many scientific questions about the rainfall processes in mountainous terrain” said Dr Ryan Neely and Dr Lindsay Bennett.

Rainfall in Cumbria is heavily influenced by the mountains for which the region is famous, and new radar observations will provide much-needed insight into how air flows around mountains, and how rain is formed in these regions.

The radar deployment will be useful for both researchers and forecasting professionals. The Environment Agency will use information provided by the radar to support the development of a long-term weather radar solution for Cumbria, and scientists at NCAS will use the data to understand more about the challenges associated with collecting precipitation data over mountainous terrain. Additionally, researchers will learn more about integrating multiple sources of rainfall data into the national weather radar network. In the future, this could allow for bespoke observational solutions for communities throughout the UK.

“The deployment of the NCAS radar will help us to build a strong case for investment where it’s needed. We’re seeing many benefits from the collaboration including a greater interest from all parties to integrate data from deployments like this, and other third party radars into the national Met Office rainfall products.” said Tim Harrison, Senior Advisor for the Environment Agency.

Weather radars are the most effective way to collect real-time rainfall information and NCAS operates the only mobile weather radar in the UK. The radar transmits pulses of electromagnetic radiation into the atmosphere and measures the amount of energy reflected back. Energy is reflected back when it hits precipitation particles, like rain droplets or snow. The amount of energy reflected back is proportional to the size and number of precipitation particles and researchers can use this information to inform weather forecasting.

The latest information collected by the NCAS radar in Cumbria is available to view on the RAIN-E website, where you can also find more information about the joint research agreement.