Dramatic rainfall changes for agriculture can be avoided through climate action 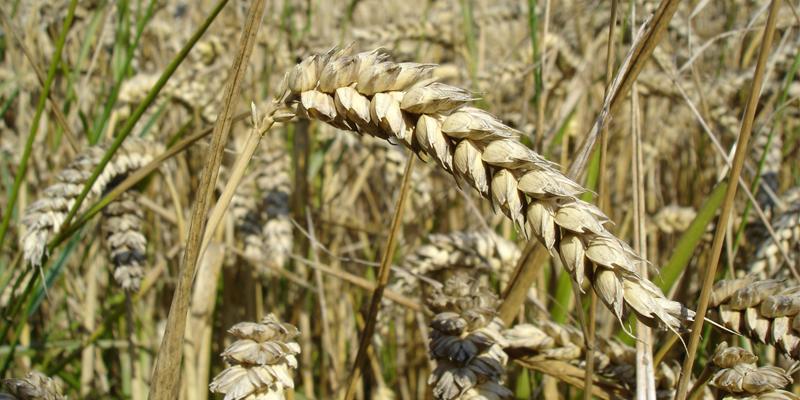 Greenhouse gas emissions, many of which are produced by burning fossil fuels such as coal and oil, become trapped in the atmosphere. This causes a greenhouse effect which warms the atmosphere and can have a significant impact on weather patterns and the amount of rainfall globally. The 2015 Paris Agreement set the reduction of greenhouse emissions as a critical step in achieving the goal of limiting the increase in global average temperatures to 1.5 – 2°C above pre-industrial levels.

An international team of scientists, including Professor Andy Challinor from the School of Earth and Environment, used 20 different climate models to examine how rainfall could be affected by climate change around the world.

The team combined the models with greenhouse gas emission scenarios to predict the extent of the areas affected and how quickly the precipitation changes would become detectable or the “new normal” for crop growing regions. The timeline for this discernible change to rainfall is what scientists refer to as “time of emergence.”

Their study, published in the journal Proceedings of the National Academy of Sciences, warns that up to 14 per cent of land dedicated to wheat, maize, rice and soybean could have less rainfall, while up to 31 percent may see increases in rainfall. However, in a low-emission scenario the percentages are 3 per cent and 1 per cent respectively.

Study co-author Professor Challinor, from the Priestley International Centre for Climate at Leeds said: “Changes in rainfall patterns have been challenging to predict in the past, making it difficult to offer advice on how growing conditions may change. This is the first study to overlay predicted time of emergence on croplands and growing seasons.

“Wheat, maize, rice and soybean represent roughly 40 per cent of global caloric intake and our findings show that by limiting greenhouse gas emissions we can help preserve the rainfall patterns vital for their growth.

“While low-emissions scenarios still showed some effect on rainfall patterns in certain regions, the higher the amount of greenhouse gas emissions, the higher the percentage of land affected by drier conditions in key crop growing areas, such as South Western Australia and Southern Africa.

“The greenhouse gas mitigation measures needed to achieve climate targets, such as the one set by the Paris Agreement, will go a long way to helping us reduce the risk of future droughts or flood conditions and possibly avoid a global food crisis.”

Argentina and, Brazil are the three biggest producers of soybean. With a high emission scenario 70 per cent and 9 per cent of Argentinian and Brazilian soybean area, respectively, would be affected by reductions in rainfall. In both cases this reduces to zero under a low emissions scenario.

China and India are the world’s two biggest rice producers globally and are among the countries predicted to have wetter conditions for all four crops included in the study, even in a scenario with low levels of emissions. However, curtailing greenhouse gas emissions from high to low levels reduces the area affected from 11 per cent down to 6 per cent for China, and 80 per cent to 17 per cent for India.

The greenhouse gas mitigation measures needed to achieve climate targets, will go a long way to helping us reduce the risk of future droughts or flood conditions and possibly avoid a global food crisis.

The study warns that without significant reductions in greenhouse gas emission, patterns of increased precipitation in high latitudes, including areas in North America and Europe could emerge as early as the 2020s and in some areas may have already altered due to climate change.

Patterns of decreased precipitation in areas such as the Mediterranean, western Mexico, Chile, South Africa and Australia could emerge by the 2050s.

“What we’re giving are probably conservative years for time of emergence,” said Dr Maisa Rojas, the study’s lead author and a climatologist at Universidad de Chile. “It’s quite conservative, actually. It could be even sooner.”

Rojas explained that in a high emission scenario, “these are definitely countries that will need to think rather quickly about what they’d like to do with their wheat production.”

It has been suggested that more precipitation may mean higher crop production, however the authors warn that when coupled with rising sea levels, higher temperatures and increased potential for flooding, higher production is not assured.

The paper, 21st century emergence of robust precipitation changes across crop production areas, is published in the Proceedings of the National Academy of Sciences (PNAS) 11 March 2019. Access the paper via Eureka Alerts: https://www.eurekalert.org/emb_releases/2019-03/potn-top030619.php