New report plans a roadmap to a lower carbon city 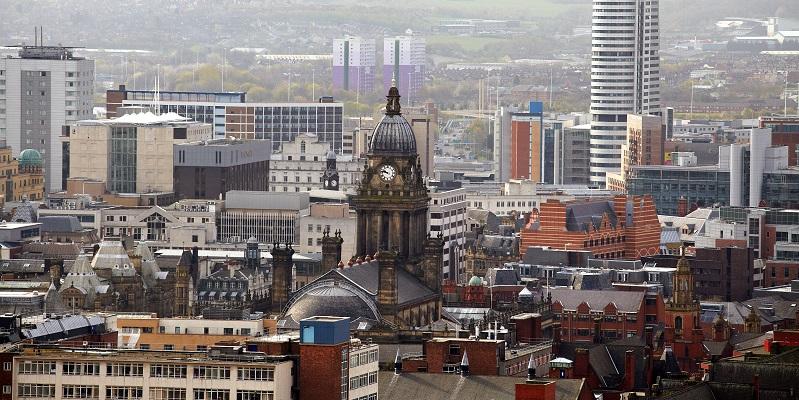 A new report sets out how Leeds could become a carbon neutral city by 2050 – and potentially by 2030.

The report, produced by a team led by Professor Andy Gouldson, Chair of Leeds Climate Commission and Professor of Environmental Policy at the University, sets out carbon targets and a roadmap for reducing Leeds’ emissions in line with the global targets set out by the United Nations recommendations.

The report also warns of broader challenges that need to be overcome if Leeds is to make the transition from where it is now to where it needs to be to become a carbon neutral city.

The report states that: “delivering the further changes needed to meet ambitious targets – especially in the coming decade when fast and deep carbon cuts are required – will depend on transformative action in all parts of the city.”

The good news is that it is technically, and to a large extent, economically possible for Leeds to become a carbon neutral city and meet the carbon reduction targets in line with the global targets set out by the UN.

Professor Gouldson, from Leeds' School of Earth and Environment and Priestley International Centre for Climate, said: “The good news is that it is technically, and to a large extent, economically possible for Leeds to become a carbon neutral city and meet the carbon reduction targets in line with the global targets set out by the United Nations.

“However, those measures will only take us so far. We need to go further and employ a range of innovative measures to close the gap – and if we step up to the challenge and do all of those, we could close that gap and get to zero by 2050.”

The report identifies the city’s carbon budget, which lays out the amount of carbon emissions that Leeds can emit between now and 2050 in order to stay within the 1.5°C temperature rise recommended by a United Nations special report released in October 2018.

In order adhere to these recommendations, Leeds would need to cut its emissions – using its 2005 levels as a baseline – by the following:

While the roadmap lays out a pathway to zero carbon by 2050, it also shows that even a combination of all of the currently available options for emissions reductions, it still leaves a substantial gap.

To close the gap, the roadmap looks at innovative actions, including switching the heating network to decarbonised hydrogen, working with the largest energy consumers to deliver significant improvements, accelerating roll out of district heating and electric vehicles, retrofitting domestic, public and commercial buildings and ensuring that all new buildings are carbon neutral, as well as promoting ambitious levels of walking and cycling.

As well as making Leeds more sustainable, many of the proposed changes would help improve the health and wellbeing of residents by further reducing air pollution and encouraging active travel; whilst growing and strengthening the city’s economy for all through investments in energy efficient homes, renewable energy and future technologies.

The Leeds carbon roadmap goes on to show that the highly ambitious 2030 target could be achieved, if behavioural actions that make a global contribution are also accounted for. These include reducing food waste by 80%, a 33% decrease in meat and dairy consumption and a 33% decrease in steel and concrete use – all by 2030.

The report’s authors calculate that allowing 50% of the carbon credit for these measures reduces the gap between current levels of emissions and carbon neutrality by a total of 15%, with the potential to make the city carbon neutral by 2030 and carbon negative by 2050.

Last month, Leeds City Council members voted in favour of declaring a climate emergency. The motion included a resolution to sign up to a science based carbon reduction target that is consistent with achieving the Paris Agreement of no more than 1.5°C global temperature increase.

It also resolved to work to make Leeds carbon neutral by 2030, and calls on central government to provide the funding and powers to make this possible.

Councillor James Lewis, Executive Member for Resources and Sustainability, said: “Tackling climate change is an unprecedented global challenge and one which we know that many residents care passionately about solving.

“Leeds City Council are already investing in – and benefiting from – greener technologies such as cleaner and more fuel efficient vehicles, better home insulation, solar panels, and low-energy LED street lighting. We are committed to doing more to tackle climate change and, in the future, the council will consider the carbon impact of every decision it takes.”

The report says taking all the actions necessary will require political, social and business support within the city, and support from central government, investors and organisations who influence life in the city.

The team, which includes researchers from the University’s Priestley International Centre for Climate and the Centre for Climate Change Economics and Policy (CCCEP), will be working with Leeds City Council on behalf of Leeds Climate Commission to undertake a city-wide "conversation" on developing a plan with the actions and milestones required to reach the 2030 target.

The University of Leeds is committed to reducing its carbon footprint and is working to reduce its carbon impact. A target has been set to reduce carbon emissions by 35% by 2020, using 2005/06 emissions as a baseline.

Staff and students, led by University of Leeds Sustainability Service, are also working with key organisations across the city, including Leeds City Council, to develop an inclusive and community focused post-2020 carbon strategy for the University.

The full report is available online