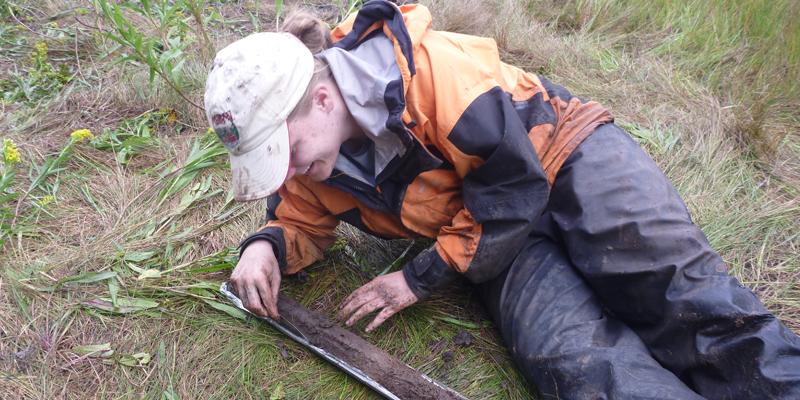 A new study, involving a Leeds scientist, has discovered that 18th Century sea level rise along North America’s Atlantic coast was almost as fast as in the 20th Century.

Dr Natasha Barlow, from the School of Earth and Environment, was part of the study led by the University of York, which found evidence for a period of enhanced pre-industrial sea-level rise of about two to three millimetres per year in three locations across the Atlantic Coast in Nova Scotia, Maine and Connecticut.

“This work highlights how complex interactions in the Earth’s system can drive changes in sea level. Due to human-driven climate change, is it very likely that future rates of sea-level rise will be much faster than during the 18th century, but not the same everywhere.  Our research helps us to understand the processes that control variations in sea level around the world” she said of the study’s findings.

Dr Barlow’s work on the study involved conducting field and laboratory work to develop the salt marsh sediment-based reconstructions of past sea levels.

The rises in sea-level were natural, and caused by the North Atlantic Oscillation and periods of enhanced ice melt in the Arctic, say the study’s authors.

“To find out what global warming is doing to sea levels today we need that base level from historical times.

“In the 20th Century we see rates of up to three or four millimetres per year, faster than in any century in at least the last 3000 years. In the 18th Century they were slightly slower, but still much quicker than you would expect for the Little Ice Age, partly because the Arctic was relatively warm during the 18th Century.

“It is pre-industrial so there are no anthropogenic forces - or human influences - at play, but in the 20th Century there may well have been.

“This means that those rapid episodes of sea level rise on the north east coast of North America in the 18th Century have a natural cause.” said Professor Roland Gehrels, from the University of York.

It is expected that by the end of the 21st Century sea level rises in this area could be much greater than the global average and could affect larger populated areas.

Prof Gehrels added: “The high rates in this “hotspot” could present significant coastal risks for large population centres if they are a persistent and re-occurring feature.

“The likely future sea level rise in places like New York City is expected to be considerably greater than the global average by the end of the 21st century.”

“Our findings suggest that enhanced rates of sea level rise along eastern North America are not only symptomatic of human activity, but might additionally arise from natural processes in the climate system.”