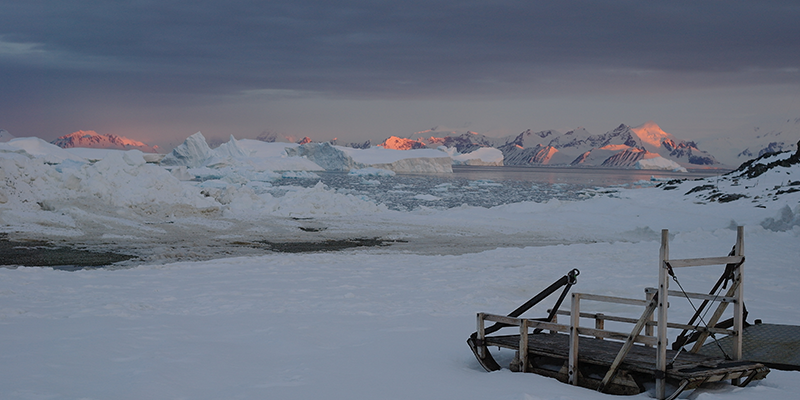 Greenland and Antarctica are losing ice faster than in the 1990s and are both tracking the Intergovernmental Panel on Climate Change’s worst-case climate warming scenario.

As a result, this will lead to an extra 17 centimetres of sea level rise by 2100.

A team of 89 polar scientists from 50 international organisations have produced the most complete picture of polar ice sheet loss to date.

The Ice Sheet Mass Balance Intercomparison Exercise (IMBIE) team combined 26 separate surveys to compute changes in the mass of the Greenland and Antarctic ice sheets between 1992 and 2018.

Altogether, data from 11 different satellite missions were used, including measurements of the ice sheets’ changing volume, flow and gravity.

If Antarctica and Greenland continue to track the worst-case climate warming scenario, they will cause an extra 17 centimetres of sea level rise by the end of the century.

The assessment, led by Professor Andrew Shepherd at the University of Leeds and Dr Erik Ivins at NASA’s Jet Propulsion Laboratory in California, was supported by the European Space Agency (ESA) and the US National Aeronautics and Space Administration (NASA).

In their Fifth Assessment Report, the Intergovernmental Panel on Climate Change (IPCC) predicted that global sea levels will rise 53 centimetres by 2100, and it is estimated that this would put 360 million people at risk of annual coastal flooding.

But the IMBIE Team’s studies shows that ice losses from both Antarctica and Greenland are rising faster than expected, tracking the IPCC’s worst-case (“high-end”) climate warming scenario.

An iceberg with melt point in the Bellingshausen Sea, Antarctica

“If Antarctica and Greenland continue to track the worst-case climate warming scenario, they will cause an extra 17 centimetres of sea level rise by the end of the century.

“This would mean 400 million people are at risk of annual coastal flooding by 2100.

“These are not unlikely events with small impacts; they are already underway and will be devastating for coastal communities.”

Almost all of the ice lost from Antarctica - and half of that lost from Greenland - has been triggered by oceans melting their outlet glaciers, which causes them to speed up. The remainder of Greenland’s ice losses are due rising air temperature, which has melted the ice sheet at its surface.

Combined losses from both ice sheets peaked at 552 billion tonnes per year in 2010 and averaged 475 billion tonnes per year for the remainder of the decade. The peak loss coincided with several years of intense surface melting in Greenland, and last summer’s Arctic heatwave means that 2019 should set a new record for polar ice sheet loss. Antarctica and Greenland are now losing ice five and seven times faster than they were in the 1990s, respectively.

“Our project is a great example of the importance of international collaboration to tackle problems that are global in scale.

“The IMBIE Team’s reconciled estimate of Greenland and Antarctic ice loss is timely for the IPCC. Their satellite observations show that both melting and ice discharge from Greenland have increased since observations started.

“The ice caps in Iceland had similar reduction in ice loss in the last two years of their record, but summer 2019 was very warm in this region which resulted in higher mass loss. I would expect a similar increase in Greenland mass loss for 2019.

ESA’s Director of Earth Observation Programmes, Josef Aschbacher, comments: “The findings reported by IMBIE demonstrate the fundamental importance of using satellites to monitor the evolution of ice sheets, and for evaluating models used to predict the effects of climate change.”