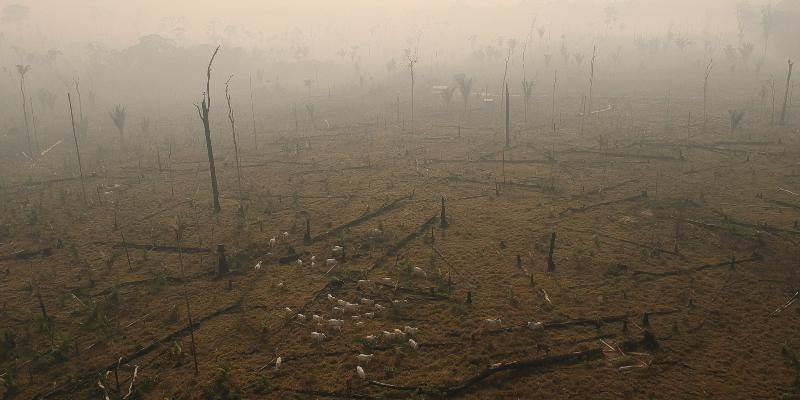 A blanket ban on the trade of wild meat could create risks for nature and for human health, according to a new study.

Governments and the World Health Organization (WHO) are under pressure from wildlife protection and animal welfare campaigners to ban hunting of all wild animals for food, and end trade in wildlife.

But findings published in Current Biology by a team of international researchers including the University of Leeds indicates that such a ban might not only increase food insecurity for some countries and marginalised groups, it may also damage the biodiversity and habitats that campaigners are trying to protect.

International attention on wildlife trade has increased during the past year, after the earliest cases of COVID-19 were linked to a “wet market” — a market selling fresh meat, fish, fruits and vegetables — in China. Calls to ban the trade and consumption of wildlife to protect public health and biodiversity quickly followed.

Blanket bans on wildlife trade are unlikely to be good for either biodiversity or people.

Researchers assessed the hypothetical negative impacts of such a ban on the food systems of 83 countries, to enable legislators and governments to consider the potential unintended consequences of this policy intervention. The study conservatively estimated how much protein would be lost from diets if a ban on wild meat was introduced and fully enforced, as well as the amount of agricultural land needed to replace this through livestock production, based on available global datasets.

Senior author Dr David Williams, from the School of Earth and Environment, said: “We found that blanket bans on wildlife trade are unlikely to be good for either biodiversity or people. Instead, we need to think much more carefully about what we are trying to achieve, what the risks associated with a particular species or ecosystem are, and what the consequences of a ban could be.

“If we don't do this, then there is a real risk of serious unintended consequences, potentially leading to more emerging infectious diseases, greater food insecurity for some of the world's most vulnerable people, and even greater pressures on global biodiversity."

The project was led by the University of Oxford. Lead author Hollie Booth, a conservation scientist with the Oxford Martin Programme on the Illegal Wildlife Trade (OMS-IWT) said: “Our study shows that a global ban on wild meat could result in exactly the negative consequences for people and wildlife that its proponents are trying to prevent.

“Suddenly removing wild meat from food systems – in the absence of feasible, sustainable alternatives – could leave people hungry or drive increased livestock production. Animal agriculture is currently the greatest threat to natural habitats and biodiversity, and also the most significant driver of emerging infectious diseases globally. While wildlife trade can be problematic, we are concerned it is being scapegoated at the expense of addressing more pervasive environmental issues.”

Latin America, Sub-Saharan Africa and the USA are estimated to face the greatest threats to natural habitats and biodiversity from expanding animal agriculture to replace wild meat. These regions are also home to some of the world’s most threatened species.

The USA and Nigeria are estimated to require over 10,000km2 of land to replace wild meat with domestic livestock, while Brazil, Colombia, Ethiopia, Ecuador, Côte d’Ivoire, Bolivia and Venezuela would need 5-10,000km2 each. Globally, over 250 species could be driven towards extinction, with more than 85 species destined for extinction in Ecuador and more than 40 in Colombia.

We are concerned wildlife trade is being scapegoated at the expense of addressing more pervasive environmental issues.

The study also showed that wildlife bans would have unequal impacts on food insecurity, with major risks for countries already in the bottom 50% of the global food insecurity index. The countries facing the highest risk of protein deficiencies due to the loss of wild meat from diets are all in Sub-Saharan Africa, including the Republic of Congo, Rwanda, Zimbabwe and Côte d’Ivoire. Several countries could also fall below the recommended healthy minimum protein intake recommended by the WHO.

“Childhood malnutrition due to protein deficiencies is already a public health challenge in Madagascar,” said Sarobidy Rakotonarivo from the University of Antananarivo, Madagascar. “Management is certainly needed to improve the sustainability of wildlife harvesting; however, a complete ban could be devastating for food security, especially in rural areas”.

The study was authored by a diverse group of international experts, to incorporate perspectives from countries which could be most severely impacted by prohibitions on wildlife use, and ground the quantitative findings within local contexts.

“Policies for wildlife use should not be one-size-fits-all,” said Dr Andre Antunes from RedeFauna and the National Institute of Amazonian Research in Brazil. “In Amazonia there are examples of well-regulated subsistence hunting, which support nature conservation, contribute to human well-being, and aid cost-effective strategies to reduce infections jumping from animals to humans by empowering communities to assume responsibility for disease control.”

The authors emphasise that the ‘real-world’ impacts of any prohibitions would ultimately depend on the ecological and socio-economic context in which they’re implemented. For example, while the food system in the USA could adapt overall, particular rural and marginalised groups there could face severe shocks; while in places where suitable alternatives are lacking, such as Madagascar, people may simply refuse to comply. Conservation activities that rely on income from hunting permits could also be undermined.

“We are not suggesting that wildlife trade should not be managed,” said Booth. “Rather, we are highlighting that it’s a complex issue, which requires nuanced evidence-based solutions.

"Importantly, decision-makers and campaigners should acknowledge that wildlife consumption does not occur in a vacuum. It is part of the global food system, and heavy-handed interventions can have unintended consequences for other parts of that system.

“Instead of over-focusing on wildlife trade, the COVID-19 pandemic should serve as a wake-up call to re-think many aspects of our human-nature relations. Risk-based management of wildlife trade is one piece of the puzzle, but we should not displace safe, sustainable wildlife use with more destructive alternatives such as livestock. An increase in animal agriculture could be far worse for nature and public health.”

‘Investigating the risks of removing wild meat from global food systems’ is published in the journal Current Biology on Thursday 18 February 2021.

Pictures: Expanding livestock farming in the Amazon, by Bruno Kelly. 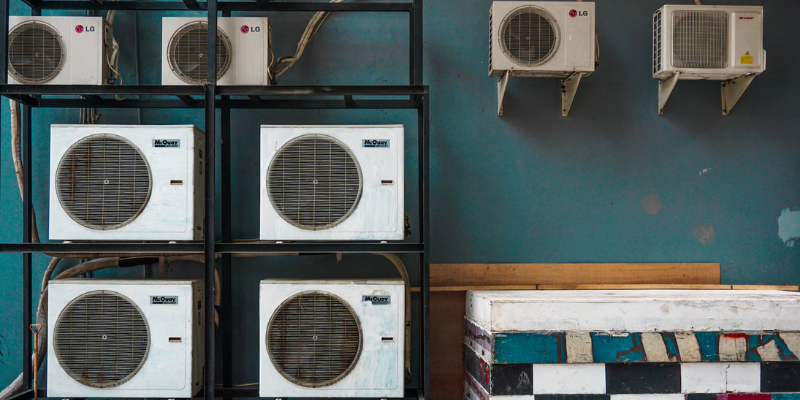 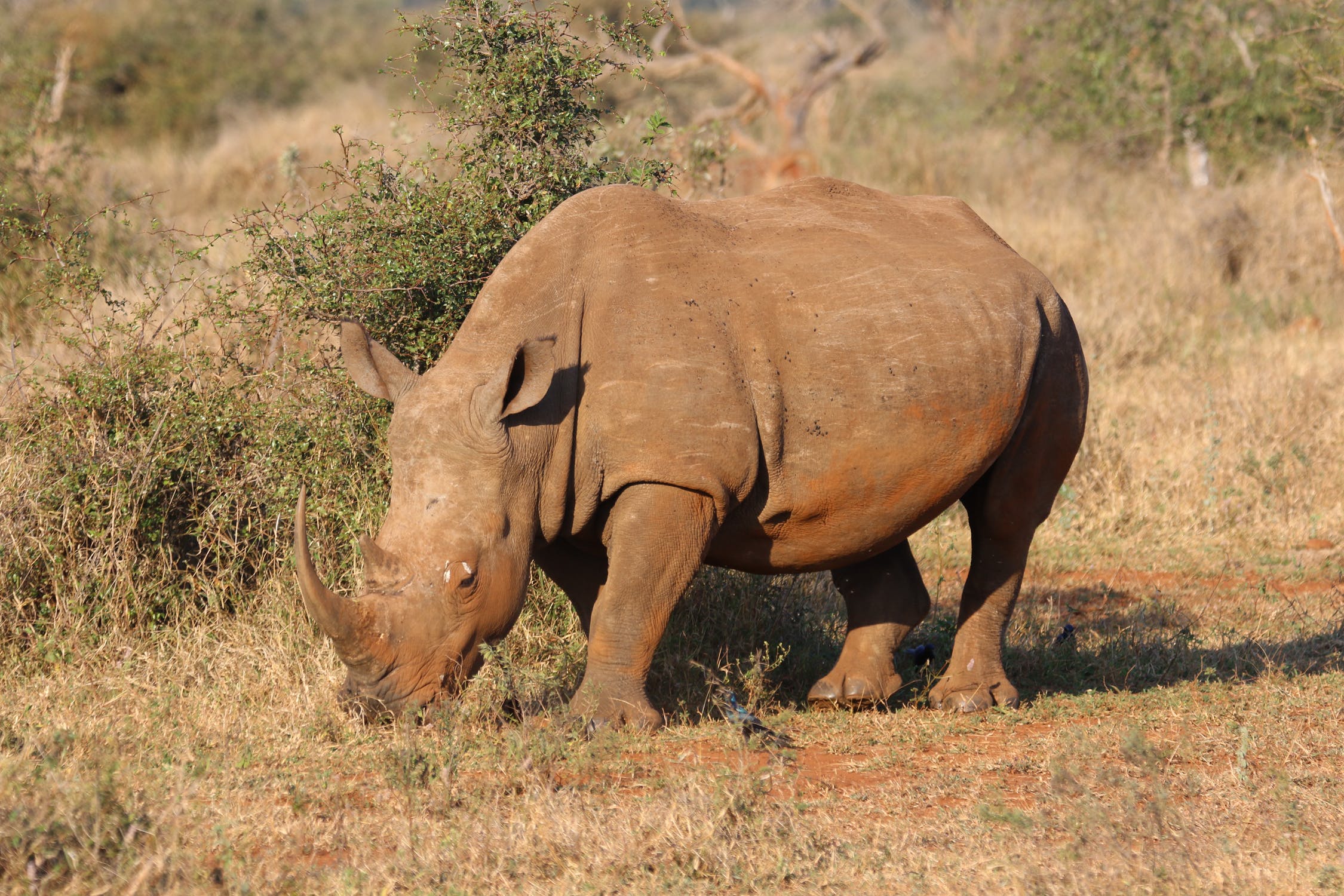 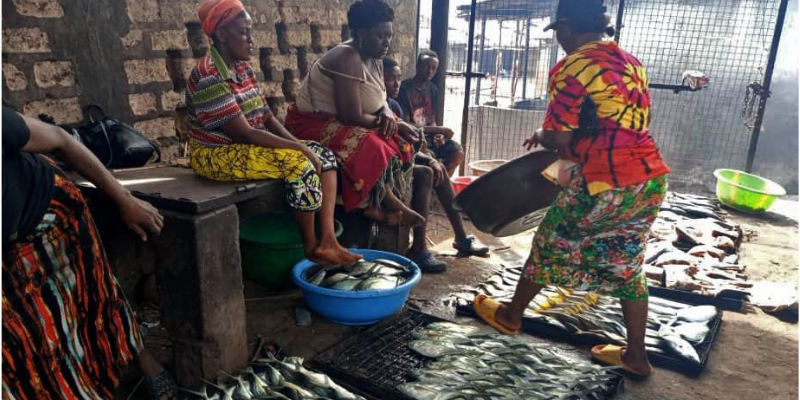