Faculty of Environment news Monday 6 May 2019 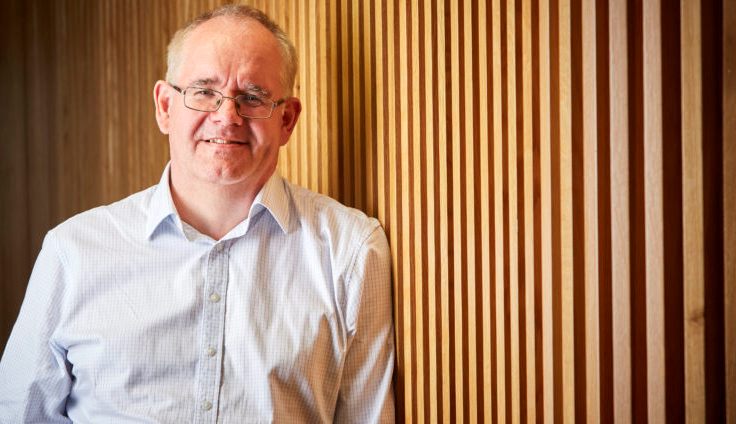 Professor Mark Birkin has been awarded the 2019 Royal Geographical Society Murchison Award for his pioneering work on the development and application of urban analytics.

The award recognises excellence in geographical research, fieldwork, teaching and public engagement, presented annually as part of the Society’s Annual General Meeting. This year the Society’s medals and awards recognise 20 different people for their outstanding contributions to geography. The award ceremony will take place on Monday 3 June 2019 in London.

Professor Mark Birkin’s major research interests are in simulating social and demographic change within cities and regions, and to understand the impact these changes make on services like housing, roads and hospitals, using techniques of microsimulation, agent-based modelling and GIS.

It is a privilege to receive this award as one of a growing community of innovators in the field of urban analytics.

He said: “It is a privilege to receive this award as one of a growing community of innovators in the field of urban analytics. Whilst methods from AI and big data may be new, urban analytics is clearly inspired by the long and rich tradition of research – in the Royal Geographical Society and elsewhere – which deepens our understanding of the world, with a view to making it a better place.”

Professor Birkin is Professor of Spatial Analysis and Policy in the School of Geography and he was recently announced as the lead for the new Urban Analytics programme at The Alan Turing Institute; a priority area that employs new data from ‘smart cities’ to provide transformative insights.

First presented in 1882, the Murchison Award (also known as the Murchison Grant) is awarded for publications judged to have contributed the most to geographical science in preceding recent years. The Award was bequeathed by Sir Roderick Murchison (1792-1871), a Scottish geologist famous for his investigation of the Silurian System. Sir Roderick was one of the founders of the RGS in 1830 and served as President in four spells between 1843 and 1871.