Faculty of Environment news Thursday 17 May 2018 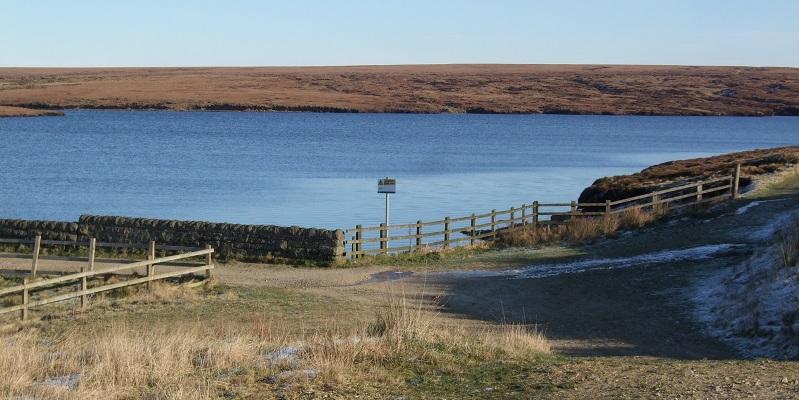 Peatlands are vital to UK water security and must be protected to preserve the UK’s water supply, warn scientists.

water@leeds scientists from the University of Leeds have developed a new global index that identifies water supplied from peatlands as a significant source of drinking water for the UK and the Republic of Ireland .

The researchers estimated that in the UK, 72.5% of the storage capacity of reservoirs is peatlands-fed water. In the Republic of Ireland, they estimated that drinking water fed by peatlands supports the equivalent of 4.22 million people – 68% of the national population.

The UK consumes approximately 1.56 cubic kilometres of drinking water per year that has come from peatlands; that is roughly the volume of 630,000 Olympic-sized swimming pools.

This demonstrates the crucial role peatlands play in the water security of these countries.

Study co-author, Professor Joseph Holden, director of water@leeds said: “Globally only 28% of peatlands that supply drinking water to large populations are pristine or protected. In the UK it’s imperative that we support the great work of peatland restoration agencies and partnerships which are working with water companies to enhance the condition of our degraded peatlands.

“The UK consumes approximately 1.56 cubic kilometres of drinking water per year that has come from peatlands; that is roughly the volume of 630,000 Olympic-sized swimming pools. This resource supports the equivalent of 28.3 million people or more than 43% of the UK's  population. Threats to peatlands could mean a significant threat to the UK ’s water security.

“Worldwide, predicted rising global temperatures and the draining or burning of peatlands for agriculture and industry are a real concern as degradation of these fragile ecosystems could seriously compromise the water quality peatlands provide.”

The study, published today in Nature Sustainability, analysed global peatlands, their proximity to human populations and data for flow into drinking water supplies. The resulting index determined the amount of drinking water contributed by peatlands and locations where populations may be reliant on this water supply. The study estimates that peat-rich catchments provide water to roughly 71.4 million people globally.

In England, up to 96% of deep peatlands are subject to degradation from historic pollution, erosion and land-management such as drainage.

The scientists found that in many regions, worldwide large peatlands with high water content were too far away from human populations to provide major sources of drinking water. However, the study also identified hotspots where peatlands were crucial for water supply.

Most of these key areas were found to be in the British Isles, where approximately 85% of all global drinking water sourced directly from peatlands is consumed and therefore emphasising the need for peatland conservation in the UK and Ireland to protect water supplies.

Study co- author, Dr Paul Morris, from the School of Geography at Leeds, said: “Future changes in climate threaten the stability of peatlands and water treatment costs. In England, up to 96% of deep peatlands are subject to degradation from historic pollution, erosion and land-management such as drainage.

“The costs of dealing with further degradation from land management or climate change could be considerable, as new treatment methods may be required to cope with water from more degraded peatlands. Restoration and protection of peatlands to safeguard water quality may be the more cost-effective method in the long-term.”

While the study highlights the importance of peatland water resources in the UK and Ireland, the researchers also identified a number of other regions where large amounts of drinking water are sourced directly from peatlands, including areas in Australia, Belgium, Brazil, Canada, China, Germany, New Zealand, and the United States.

Study lead author, PhD researcher Jiren Xu, also from Leeds' School of Geography, said: “This study is the first to examine the global and regional importance of peatlands in providing drinking water and therefore the role of these ecosystems in global water security.

“Peatlands close to human populations are at greater risk of exploitation and degradation, but are also likely to play a more important role as a water resource. The UN’s Sustainable Development Goals includes the provision of drinking water and our study highlights not only the need for responsible stewardship of peatlands but significant action to ensure the sustainability of this important resource.”

Please contact the University press office +44 (0)113 34 34031 or pressoffice@leeds.ac.uk to arrange interviews or for additional information.

The paper ‘Hotspots of peatland-derived potable water use identified by global analysis’ is published in Nature Sustainability 15 May 2018.