The benefits of investing in zero-carbon cities 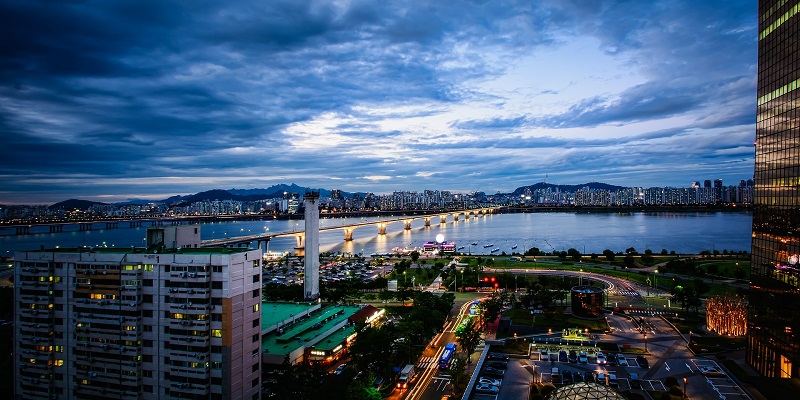 The Coalition for Urban Transitions is supported by 50 leading international institutions including the University of Leeds. Its report, Climate Emergency, Urban Opportunity, shows that governments which invest in low carbon cities can enhance economic prosperity, make cities better places to live and rapidly reduce carbon emissions.

The report finds that implementing low carbon measures in cities would be worth almost US$24 trillion by 2050 and could reduce emissions from cities by 90%.

It is the most comprehensive report to date to examine the critical role of national governments in achieving equitable and sustainable economic development in cities, which are home to more than half the world’s population and producing 80% of gross domestic product and 75% of carbon emissions.

Cities are engines of growth, innovation and prosperity

It includes research input from Professor Andy Gouldson, and Research Fellows Andrew Sudmant and Lucy Oates, all from the School of Earth and Environment at Leeds. Their research highlights the significant benefits in areas such as public health, job creation and poverty alleviation from climate-friendly urban development, particularly in the Global South.

António Guterres, Secretary-General of the United Nations said: “Cities are engines of growth, innovation and prosperity.

“This report shows how the right investments can build sustainable and liveable cities and communities that will help us achieve the Sustainable Development Goals and the objectives of the Paris Agreement. It is possible and realistic to realise net-zero urban emissions by 2050. But to get there, we will need the full engagement of city governments combined with national action and support.”

Scientists warn that net-zero emissions are needed by mid-century to avoid dangerous climate change. The Urban Opportunity report finds that low carbon measures in cities could deliver more than half of the emission reductions needed to keep global temperature rise below two degrees Celsius.

The report shows that it is possible to cut 90% of emissions from cities using currently available technologies and practices – including carbon savings from buildings, transport, materials efficiency and waste – while also delivering a significant economic return.

Doing so would require an investment of US$1.8 trillion (approximately 2% of global GDP) per year, which would generate annual returns worth US$2.8 trillion in 2030, and US$7.0 trillion in 2050 based on cost savings alone. Many of these low carbon measures would pay for themselves in less than five years, including more efficient lighting, electric vehicles, improved freight logistics and solid waste management.

Lord Nicholas Stern, IG Patel Professor of Economics and Government at the London School of Economics said: “National governments with the vision to invest in smart, sustainable cities today will see great returns on their investment.

“Zero-carbon cities will offer countries a competitive advantage as they seek to attract global talent and investment. Countries that do not pursue the transition to zero-carbon cities, on the other hand, face staggering costs of inaction. High carbon systems will become unprofitable or inoperable as markets and regulations evolve, and the result will be stranded assets and workers left behind as industries fail or relocate.”

Improving the standard of living

The report also demonstrates that in addition to the economic benefits, compact, connected and clean cities provide a higher standard of living and greater opportunity for all. Investments in low carbon measures in cities could support 87 million jobs by 2030.

More than a third depends on different levels of government working together to cut emissions, making the future of cities a vital collaborative effort.

National governments must empower cities to pursue low carbon, resilient urban development in a just and inclusive way that does not come at the expense of the most vulnerable members of society

Andy Gouldson, Professor of Environmental Policy at Leeds, said: “Local governments have huge potential to drive climate action and ensure cities are at the heart of climate change strategies. But they will not be able to realise this on their own. National governments must stand behind them.

“Flexible national arrangements are needed that can be tailored to suite diverse local contexts along with reforming regulations that prevent cities from being able to take ambitious actions.

“National governments must empower cities to pursue low carbon, resilient urban development in a just and inclusive way that does not come at the expense of the most vulnerable members of society.”

Launched just ahead of the U.N Climate Action Summit, the Urban Opportunity report provides the evidence and confidence that governments need to submit more ambitious Nationally Determined Contributions in 2020, and to propel inclusive, zero-carbon cities to the heart of their national development strategies.

Worldwide, fewer than two in five countries have an explicit national strategy for cities, and only seven countries currently have both a National Urban Policy and a Nationally Determined Contribution that specifically address climate mitigation in cities.

This report offers case studies from around the world where national and local governments have worked together to rapidly and profoundly transform their cities for the better within two or three decades, including: Chile, China, Colombia, Denmark, Germany, India, Indonesia, Namibia, Rwanda and South Korea.

The full report is available on Coalition for Urban Transitions website.

Read more about the research by Professor Andy Gouldson, and Research Fellows Andrew Sudmant and Lucy Oates on the University's Medium channel.