A new approach for tackling superbugs 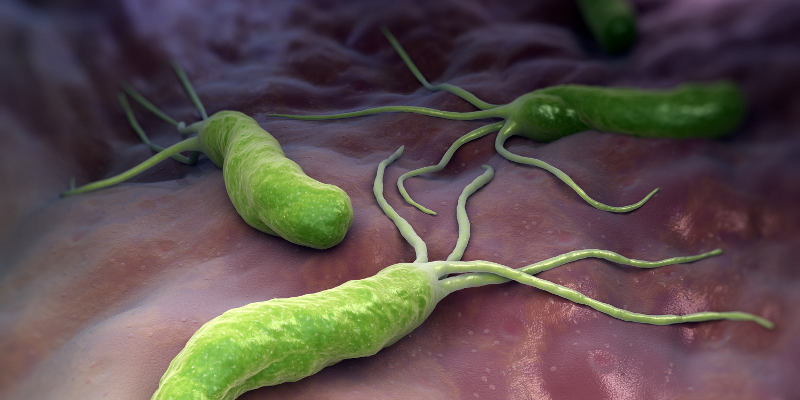 Researchers at Leeds, Münster and Erlangen universities discovered a new antibiotic-free approach which could help prevent and treat one of the most widespread bacterial pathogens.

Helicobacter pylori (H. pylori) is a bacterial pathogen carried by 4.4 billion people worldwide, with the highest prevalence in Africa, Latin America and the Caribbean. Although the majority of infections show no symptoms, if left untreated the pathogen can cause chronic inflammation of the stomach lining, ulcers and is associated with an increased risk of gastric cancer. In 2017, it was included by the World Health Organisation on its list of antibiotic-resistant "priority pathogens".

Current treatments involve multi-target therapy with a combination of antibiotics, but this has promoted the emergence of resistant strains. According to Professor Francisco Goycoolea: “New integral approaches are needed to tackle antimicrobial resistance and research into alternatives to antibiotics is vital.”

Researchers in the UK and Germany uncovered a novel antibiotic-free approach, using nanocapsules made of natural ingredients, that could help prevent and treat the most widespread bacterial pathogens. This approach is to be used as a supplement to complement antibiotic current therapies. Professor Francisco Goycoolea said:

This novel formulation, consisting of small capsules made of natural ingredients, could offer a new means to deter a globally-spread ‘superbug’ pathogen.

The research, published in the journal ACS Applied Bio Materials, was carried out in vitro – using bacteria and stomach cells outside a human body.

The nanocapsules are loaded with curcumin – a natural compound found in turmeric which has well-documented anti-inflammatory and anti-tumour properties.

The capsules are coated with lysozyme, an antimicrobial enzyme, and a very low concentration of dextran sulfate, a water-soluble polysaccharide that binds receptors in the bacteria and in the mucosal layer that coats the stomach.

The nanocapsules are bundled together in the required dose and the formulation prevents the bacteria from adhering to the stomach cells. The team has filed a patent based on this formulation.