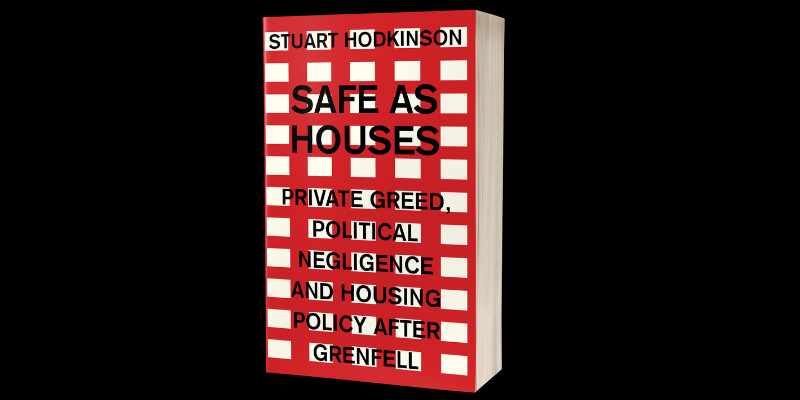 The first report from the public inquiry into the Grenfell Tower fire of 14 June 2017 that killed 72 people has been published today (30 October 2019). While the media are leading on the alleged failings of the London Fire Brigade in responding to the fire, Dr Stuart Hodkinson, an Associate Professor in the School of Geography, has recently written a book that helps to better understand the historical context for why Grenfell happened.

His book, Safe as houses: Private greed, political negligence and housing policy after Grenfell (Manchester University Press, 2019), draws on over a decade of research with residents’ groups across the UK, documenting similar, harmful regeneration experiences to the residents of Grenfell Tower. His research specifically focused on council housing regeneration schemes in London under the controversial Private Finance Initiative (PFI).

Housing regeneration for residents of social housing takes place normally at the hands of private companies allowed to self-regulate on quality in lucrative, taxpayer-funded contracts.

He argues that the roots of the Grenfell disaster lie in decades of deregulation and privatisation, compounded by the more recent austerity era of public sector spending cuts. These policies, driven by the neoliberal consensus since 1979, have produced a privatised model of commercial outsourcing and self-regulation that has come to dominate social housing and the wider built environment.

“Housing regeneration for residents of social housing takes place normally at the hands of private companies allowed to self-regulate on quality in lucrative, taxpayer-funded contracts. My research revealed a clear pattern of behaviour in which the initial promise of better quality housing through regeneration quickly melted away, leaving residents to grapple with unsafe work, higher rents and service charges, and a united front of landlords and their private contractors determined to ignore, deflect, and even silence those who spoke out,” said Dr Hodkinson.

The book concludes that the only way to end the era of unsafe regeneration and housing provision is to end the disastrous regime of self-regulation for good. This means strengthening safety laws, creating new enforcement agencies independent of government and industry, and replacing PFI and similar models of outsourcing with a new model of public housing that treats the provision of shelter as ‘a social service’ democratically accountable to residents.

​​Visit the book’s website to learn more about the research and the author.

The book, and other articles from the ESRC-funded research, is currently being used in undergraduate and postgraduate teaching.

Dr Stuart Hodkinson has an ESRC IAA award that has been drawing on the findings to work with residents groups on community-led responses to the government’s recent consultation on proposed reforms to high rise building safety laws.