Faculty of Environment news Friday 1 May 2020 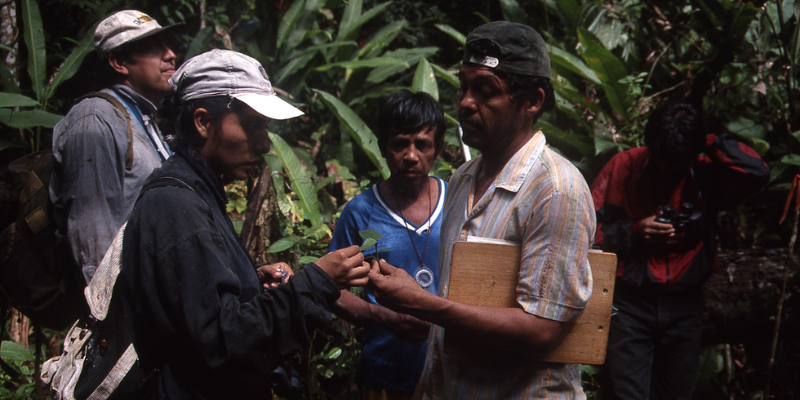 More than 60 exceptional scientists from around the world have been elected as Fellows and Foreign Members of the Royal Society, including Professor Oliver Phillips, from the School of Geography, whose methods revealed the extent that these ecosystems are affected by global climate processes, and how they could fuel further change in future.

The 51 new Fellows, 10 Foreign Members and one Honorary Fellow have been selected for their outstanding contributions to scientific understanding. With discoveries ranging from the first planets outside our solar system, to the creation of the world’s smallest molecular engine, new mathematical proofs and treatments for debilitating global disease. They embody the global nature of science, with representation from Sweden, Israel, Germany, Australia, Canada, UK-born scientists working in Europe and beyond, and researchers from around the world enriching Britain’s own research and innovation sector. Their ranks include six Nobel laureates, as well as internationally recognised leaders in industry and science policy.

At this time of global crisis, the importance of scientific thinking, and the medicines, technologies and insights it delivers, has never been clearer. Our Fellows and Foreign Members are central to the mission of the Royal Society, to use science for the benefit of humanity.

On the announcement of the election, Professor Phillips said: “This is an award to be shared. It reflects the tremendous contributions from many talented people I have been fortunate to work with over three decades, and all that we have achieved together.

“It recognises the collective effort which is helping us to understand much better some of the world’s most precious ecosystems, including how they are responding to climate change and have helped to slow it.”

Professor Oliver Phillips long-term research goal is to understand the dynamics of carbon and biodiversity across the world’s tropical forests, how these change with our changing climate, and how they may feedback on the whole planet.

This is an award to be shared. It reflects the tremendous contributions from many talented people I have been fortunate to work with over three decades, and all that we have achieved together.

The scale of the endeavour is large, requiring global team-work and a multidisciplinary approach. Professor Phillips is leading long-term monitoring in Amazonia that has been tracking forest dynamics, biomass, and biodiversity for 30 years. With colleagues this work now spans 200 sites across Amazonia (the RAINFOR project). They are developing similar approaches elsewhere and supporting forest researchers and network worldwide through the ForestPlots.net data management utility. Professor Phillips said: “In this era of unprecedented environmental change, my goals are to help build and support long-term and collaborative initiatives to better understand tropical ecosystems and the threats they face.”

For this year’s intake to the Royal Society;

You can visit the Royal Society’s website for more details and the full list of newly elected Fellows and Foreign Members.