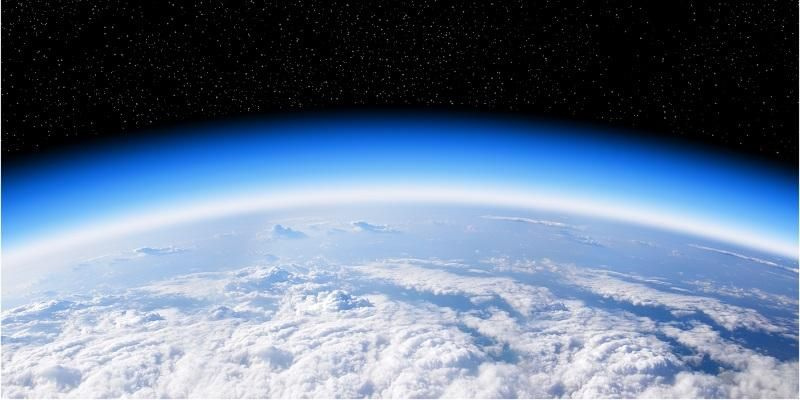 Researchers have developed a new method for assessing the impact of ozone-depleting chemicals released into the atmosphere.

The ozone layer sits in the stratosphere - between 15 km and 30 km above the Earth - and provides a shield from some of the sun’s harmful ultraviolet radiation.

Without this ozone protection, higher levels of ultraviolet radiation would reach the Earth’s surface and result in an increased incidence of skin cancer and eye disease as well as adversely effecting plants and crops.

Since the late 1980s, an international agreement called the Montreal Protocol has resulted in the phasing out of ozone-depleting chemicals, particularly chlorofluorocarbons (CFCs) which were used in, for example, refrigeration and air conditioning systems. As a consequence, the hole and thinning that was once seen in the ozone layer has been reducing.

But the rate at which the ozone layer is being replenished is slow, and recently some renewed, illegal production of CFCs has occurred.

A team of scientists from the University of Leeds, the National Centre for Atmospheric Science, the National Centre for Earth Observation and the University of Cambridge has developed a new method to help regulators more accurately assess the impact of the release of ozone-depleting chemicals – and the effectiveness of ozone layer protection measures.

The researchers have reported their findings - Integrated ozone depletion as a metric for ozone recovery - in the scientific journal Nature.

Known as the Integrated Ozone Depletion (IOD) metric, the new measurement considers three things: the strength of the emission, how long it will remain in the atmosphere, and how much ozone is chemically destroyed by it.

Professor Martyn Chipperfield, an atmospheric scientist and Director of the Institute for Climate and Atmospheric Science at Leeds, and one of the authors of the study, said: “For many decades scientists have used a very simple measure of how the ozone layer is recovering. That was useful in many ways but could not deal with widely varying scenarios of emissions of ozone-depleting substances.

The new tool will provide a better measure of how the ozone layer is recovering.

The IOD metric will also enable scientists to estimate the effect of any new illegal or unregulated emissions on the ozone layer.

Lead author Professor John Pyle, of the National Centre for Atmospheric Science and the University of Cambridge, said it was time for a new method to assess the state of the ozone layer.

“Following the Montreal Protocol, we are now in a new phase - assessing the recovery of the ozone layer.

“This new phase calls for new metrics, like the Integrated Ozone Depletion. Our new metric can measure the impact of emissions - regardless of their size. Using an atmospheric chemistry computer model, we have been able to demonstrate a simple linear relationship between the IOD, the size of the emissions and the chemical lifetimes.

“So, with knowledge of the lifetimes, it is a simple matter to calculate the IOD, making this an excellent metric both for science and policy.”

For further details, contact David Lewis in the University of Leeds press office via d.lewis@leeds.ac.uk.