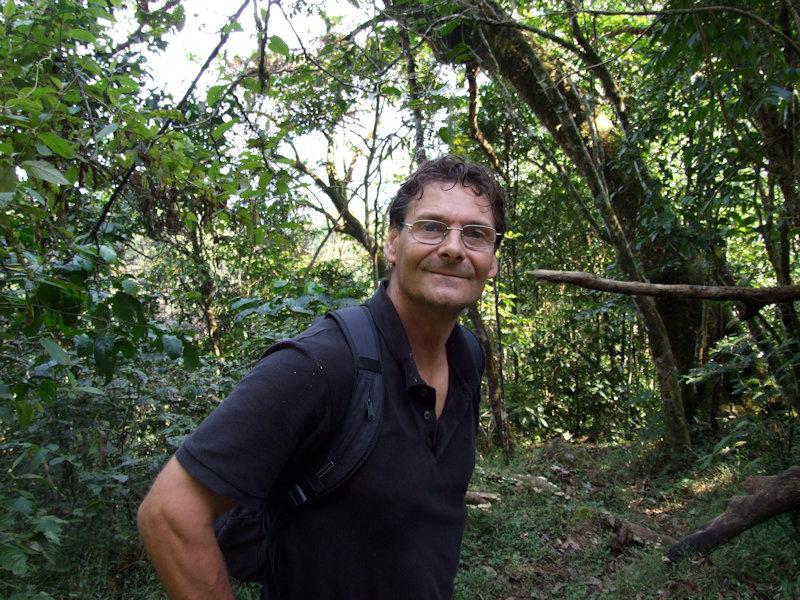 A new study reveals surprising results about the genetic relationships between the world’s tropical forests, suggesting that they should no longer be divided into Old and New World.

Co-author Professor Jon Lovett, from the School of Geography, is part of an international collaboration that has produced the first classification of the world’s tropical forests based on their phylogenetic similarity.

The study used information from tree plots around the world to compare forests based on their genetic relationships and evolutionary history.
The analysis produced unexpected results. It did not support the traditional view of a split between the tree species in the ‘New World’ tropics of South America and those in the ‘Old World’ tropics of Africa and the Indo-Pacific.

The evidence instead points to phylogenetic similarities between the African and South American forests, separating them from those in the Indo-Pacific region.

However, the classification is not clear cut. Some forests in eastern Africa are related to those from the Indo-Pacific.

“Genetic affinities between these African forests and those in the Indo-Pacific indicate that there are ancient links. The links could be remnants from over 120 million years ago when India and Madagascar were joined to Africa as part of the Gondwana super-continent.

“But plants are also capable of moving great distances through seed dispersal, so it can be difficult to decide what could be a truly ancient link from when they were one forest or a more recent connection through long range dispersal.”

Understanding patterns of phylogenetic distribution is fundamental to conserving the World’s biodiversity. Protected areas must cover the range of phylogenetic branches if we want to ensure that global genetic diversity is maintained

Another remarkable finding from the study, published today in PNAS, is that there appears to be a global dry forest region common to South America, Africa, Madagascar and India.

Professor Lovett said: “I remember the amazingly knowledgeable Kew botanist Jan Gillett telling me about the dry land connections between Africa and India 30 years ago. For example the African Blackwood, Dalbergia melanoxylon, can also be found in India.

“Very little research has been done on this intercontinental arid corridor and I’m sure there’s a lot more to discover”.

The northern hemisphere, including Great Britain, was once covered by lush tropical rainforests. These forests have since disappeared when global climates cooled and dried down.

However, this study shows that probable remnants of these once extensive forests still persist in the subtropics of Asia and America. Despite the huge distance between these Asian and American forests, they seem to share a common evolutionary history.

This research, led by Ferry Slik at the University of Brunei Darussalam in Borneo, is part of a global effort to produce a new classification of tropical forests. The findings could contribute to improving forest conservation.

Professor Lovett said: “Understanding patterns of phylogenetic distribution is fundamental to conserving the World’s biodiversity. Protected areas must cover the range of phylogenetic branches if we want to ensure that global genetic diversity is maintained.”

The research will also contribute to a better understanding of ecological resilience. The Indo-Pacific links of the eastern Africa forests are indicative of ancient ecological stability over evolutionary time-scales, which means that they cannot cope with disturbance, providing guidance on how to best manage this unique biodiversity hotspot.

Ferry Slik, J.W. et al. 2018. A phylogenetic classification of the world’s tropical forests. Proceedings of the National Academy of Sciences of the United States of America.