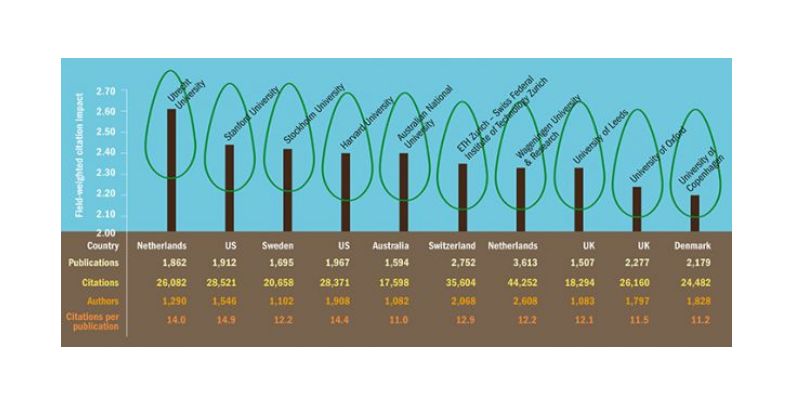 A Times Higher Education news story has shown Leeds is the top UK university for the environmental impact of its research.

The THE article also ranks University of Leeds as eight in the world between 2011-2015, based on field weighted citation impact (from Elsevier's Scopus database). Utrecht University in The Netherlands came top, followed by Stanford, Stockholm and Harvard. The University of Oxford came ninth.

Leeds’ score was boosted by having highly cited researchers on multi-author papers, such as Oliver Philips (School of Geography), whose paper A large and persistent sink in the world’s forests (Science, 2011) had 1733 citations; Andy Shepherd, Professor of Earth Observation and Director of the NERC Centre for Polar Observation and Modelling and lead author of A reconciled estimate of ice-sheet mass balance (Science, 2012), which had 557 citations, and Priestley International Centre for Climate director Piers Forster, one of four lead authors of Bounding the role of black carbon in the climate system: A Scientific Assessment, a multi-author paper by Bond et al (Journal of Geophysical Research: Atmospheres 2013), which had 1269.