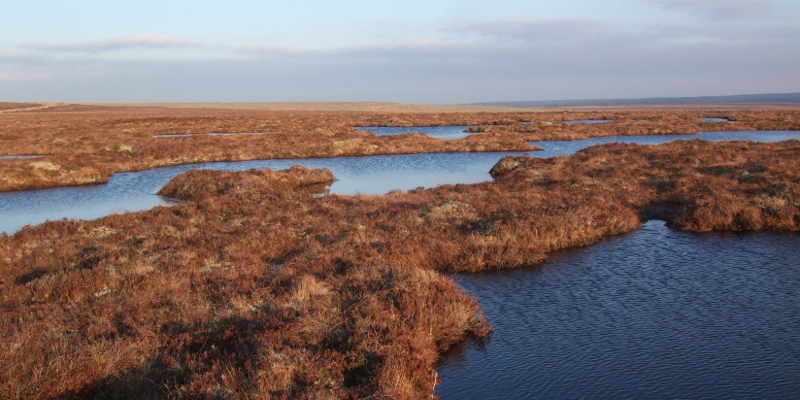 A new Government-backed code has been launched that could slash UK carbon dioxide emissions by 220 million tonnes and protect rare wildlife by restoring moor, bogs and mires.

The Peatland Code wass unveiled at the World Forum for Natural Capital in Edinburgh on 23 November following a successful two-year trial, which has seen businesses fund peatland restoration projects in southwest England, the Lake District and Wales.

The Code is based on research by academics at the University of Leeds and Birmingham City University, which revealed that sustainable business investment could reverse the degradation of peatlands and significantly cut greenhouse gas emissions.

Professor Joseph Holden, from the School of Geography, who led research, said: “The peatlands of the UK are our own version of the Amazon rainforest. They need to be protected. They are home to some of our rare and endangered wildlife.