School of Geography news Thursday 24 May 2018 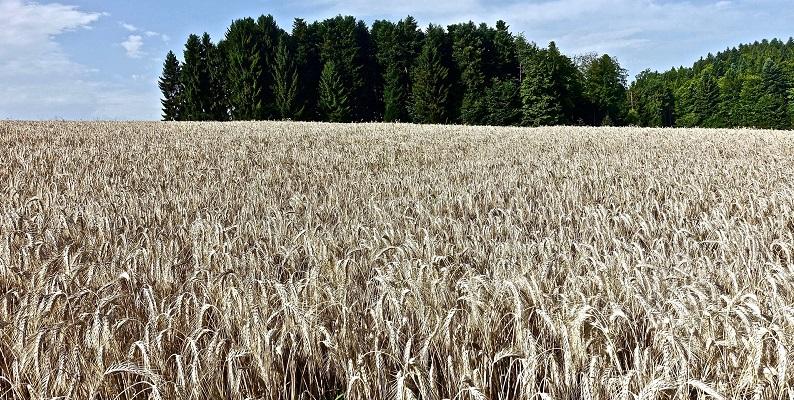 Climate change could expand the agricultural feasibility of the global boreal region by 44 per cent by the end of the century, according to new research.

However, the scientists warn that the same climate trends that would increase land suitable for crop growth in that area could also significantly change the global climatic water balance – negatively impacting agriculture in the rest of the world.

An international team of scientists have assessed the impact of climate change on land that could support agriculture in the boreal region, which includes large sections of Canada, Sweden, Norway, Finland, Russia and the United States.

They found that the upper edge of land suitable for crop growth could shift as far north as 1,200km from the current position with the most dramatic changes occurring in the inner-continental regions of North America and Eurasia.

Currently only 32 per cent of the boreal region falls into ‘growing degree days’ – the climate parameter linked to crop growth – and rainfall requirements for small cereal crops, such as oats and barley.

Using global climate models the team was able to predict the future extent of growing degree days and changes in rainfall. The study, published in Scientific Reports, estimates that by 2099 roughly 76 per cent of the boreal region could reach the right conditions for agriculture.

However, the study also warns that while total rainfall will generally increase on an annual basis, a warmer climate will also lead to more evaporation with potentially dramatic impact on the climatic water balance, both geographically and across seasons. For example while the inner continental regions would suffer drought conditions during the summer, the regions around the ocean’s rims could see an increase in water available to crops.

Additionally, regions that would suffer temporary summer droughts might see wetter autumns which would have a negative impact on the harvest season.

Study co-author Professor Joseph Holden, water@leeds director at the University of Leeds, said: “Climate change will have a profound impact on our agricultural regions. A projected consequence is the loss of farmland and crops from areas that are currently productive, which is cause for concern regarding long term global food security. Therefore we need to know whether in northern high latitudes new areas will become suitable for crops.

Study lead author Dr Adrian Unc, from Grenfell Campus, Memorial University Canada, said: “We must not forget that any changes in land use has extensive impacts on the entire natural ecosystem, impacts that must be understood and included in any planning effort. After all we must insure that a short–term gain does not come at the cost of a long– term loss in ecosystem sustainability.”