Understanding the evolution of nitrogen fixation in trees 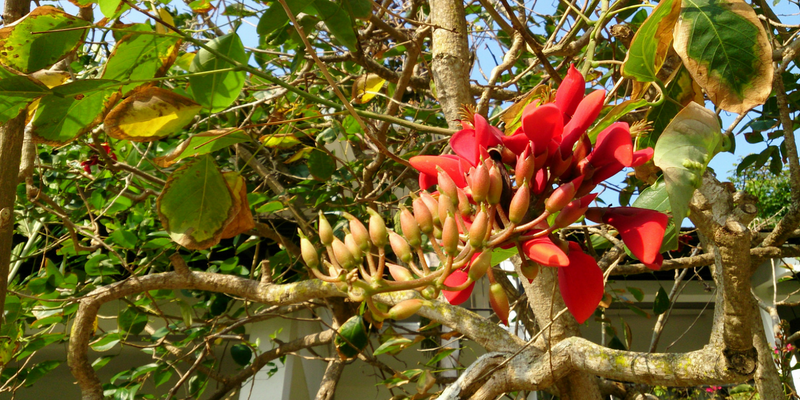 Levels of soil nutrients such as nitrogen and phosphorus can significantly affect forests’ ability to gain biomass and effectively absorb and capture carbon in what are known as carbon sinks. Some tree species are better suited for soil that is lacking in certain nutrients, such as nitrogen-fixing trees that can absorb nitrogen from the atmosphere. Some trees can also use phosphatase enzymes that help access phosphorus from the soil that otherwise would be unavailable to plants.

Understanding the tree species that make up a forest can help scientists predict the robustness of carbon sinks in various conditions. The prevalence of nitrogen-fixing trees in tropical forests, despite the predominance of nitrogen-rich, phosphorus-poor soils, is currently a mystery to ecologists.

New research led by Dr Sarah Batterman from the School of Geography and Priestley International Centre for Climate at the University of Leeds tested two hypotheses for the prevalence of nitrogen-fixing trees in tropical forests by evaluating whether nitrogen fixation and phosphatase activity are linked across 97 trees from seven species.

Their results, published in Ecology Letters, found no evidence to support the dominant hypothesis that tropical nitrogen fixation evolved and became abundant in tropical forests because these trees can use fixed nitrogen to enhance their access to soil phosphorus through the use of phosphatase enzymes.

The team evaluated a second hypothesis, which proposes that trees adjust the way they acquire nutrients to satisfy demand for particular nutrients in excess of soil supply and found no evidence to support this hypothesis either.

Dr Batterman said: “One of the biggest challenges surrounding the future of tropical rainforests is to understand whether nitrogen fixation can supply enough nitrogen to support a carbon sink as climate changes.

“The findings warn us against relying on nitrogen-fixing trees to support a continued carbon sink into the future, especially if phosphorus becomes the limiting resource. It suggests that something else besides trading nitrogen for phosphorus must explain why nitrogen fixers have become so abundant in tropical forests. Without understanding that explanation we cannot confidently rely on their future contributions to the rainforest carbon sink.”

“However, the exciting finding of our study is that different species of trees function in different ways. That tells us that the high biodiversity in tropical forests is crucial for maximizing their function, and may even help support the carbon sink into the future.”