Fixing fashion? Sustainability and social justice in the clothing sector 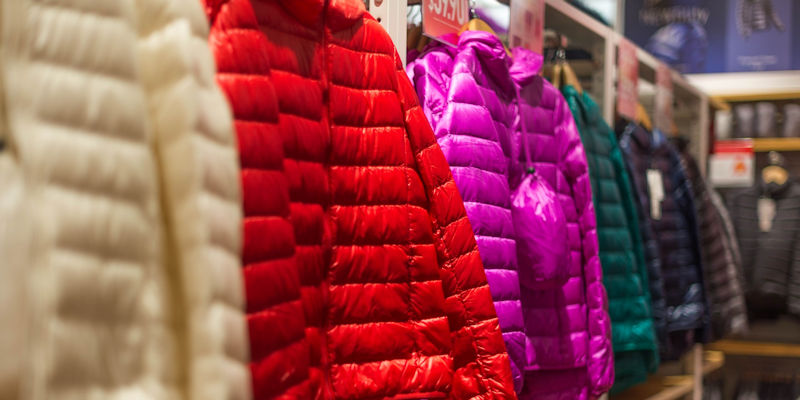 Parliament’s cross-party Environmental Audit Committee (EAC) has called on the Government to make fashion retailers take responsibility for the waste they create.

Launching a new report today, Fixing fashion: clothing consumption and sustainability, it suggested that a “one penny producer responsibility charge” on each item of clothing could pay for better clothing collection and recycling.

The report also called for a reform of taxation to reward companies that offer clothing repairs and reduce the environmental footprint of their products.

University of Leeds research was submitted to the EAC during the course of its information gathering.

Dr Mark Sumner is Lecturer in Sustainability, Retail and Fashion at the University of Leeds’ School of Design. He gave evidence in person on 30 October 2018, and research carried out with colleagues Professor Louise Waite (School of Geography) and Dr Matthew Davis and Dr Hinrich Voss (Leeds University Business School) is extensively cited in today’s report.

After the launch of today’s report, they said: “We welcome the publication of the report from the Environmental Audit Committee and the hard work done by its chair, Mary Creagh. The fashion industry is complex and global and has positive as well as many negative impacts on society and the environment.

“The EAC research has helped to identify a number of responsible brands and organisations which are attempting to address a number of difficult problems associated with materials, the supply chain and workers, as well as the major issue of end of life clothing waste from consumers.

“The report also identifies that much of the work is based on voluntary agreements, such as the Sustainable Clothing Action Plan, but these agreements do not extent far enough into the supply chain and, more importantly, do not engage with all brands and retailers operating in the UK.

“Those brands acting responsibly and significantly are outnumbered by those that appear to be ignoring the issues facing the industry.

“The committee has put forward a number of positive recommendations for the industry, but these must be assessed in terms of the unintended consequences that may arise from these suggestions.

“It is clear that more work must be done by the industry, and those that are acting responsibly need support and encouragement from government and consumers, while those who have a more cavalier approach to business need to be more firmly held to account.”

Referring to the EAC’s recommendation for a 1p per garment “producer responsibility charge” to pay for better clothing collection and recycling, Dr Sumner added: “In light of the current challenging economic environment for many UK retailers and brands, this may not be the time to introduce such a scheme.

“We should also be aware of the unintended consequences such action could have on these businesses and on consumer choice.”

Pointing to a similar scheme in France that has not resulted in better clothing reuse and recycling rates, he said: “We should be looking at schemes that reward those brands facing up to their responsibilities by taking action to minimise the negative impacts of the industry, while identifying those who are not taking their responsibilities seriously.”

It is clear that more work must be done by the industry, and those that are acting responsibly need support and encouragement from government and consumers, while those who have a more cavalier approach to business need to be more firmly held to account.

The four Leeds academics collaborate on an interdisciplinary project called Pulling a Thread: Unravelling the Trail of Modern Slavery in the Fashion and Textile Industry.

Led by Dr Voss, coordinated by the British Academy and funded by the UK’s Department for International Development, the project aims to identify the barriers to addressing modern slavery in the global clothing chain.

The academics are working with UK clothing businesses which source from India and Vietnam, which are both vulnerable to modern slavery in the agricultural, garment and textile industries, and are both important suppliers to UK businesses.

Their project also aims to help UK firms to comply with the Modern Slavery Act 2015, which requires them to declare annually that modern slavery does not exist in their business and value chain.