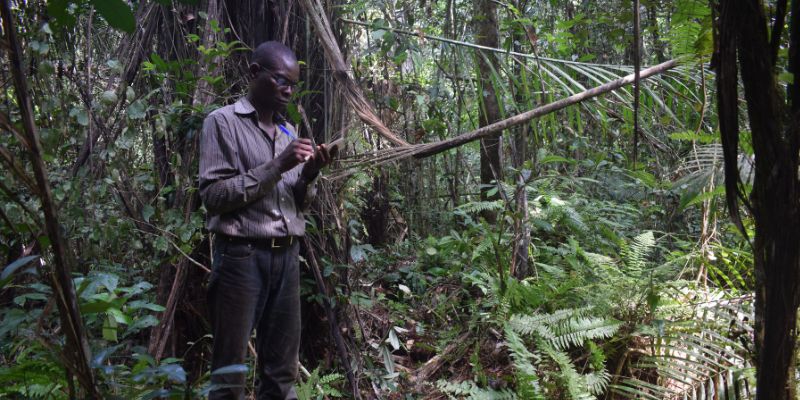 A new study has mapped the full scale of a vast region of peatland in the heart of the Congo Basin, revealing it to be 15% bigger than previously thought.

An international partnership of UK and Congolese scientists has found that the peatlands span 16.7 million hectares, equivalent to the size of England and Wales combined.

Led by the University of Leeds in the UK and the University of Kisangani in the Democratic Republic of the Congo (DRC), the researchers spent three years visiting scientifically unexplored swamp forests in the DRC.

For the first time, the researchers have shown extensive peatlands in DRC, with peat up to six and a half metres deep. Their findings, published today in Nature Geoscience, show that the peatlands in the central Congo Basin store between 26 and 32 billion tonnes of carbon – roughly the equivalent to three years’ worth of global fossil fuel emissions.

But the researchers show that only 8% of this peat carbon lies within nationally protected areas, suggesting vulnerability to future changes in land use.

The critical importance of keeping this carbon safely stored in tropical peatlands cannot be underestimated in the battle to tackle climate change.

Bart Crezee, paper lead author and postgraduate researcher at Leeds’ School of Geography, said: “Our findings really highlight the importance of the Congolese peatlands as a globally important store of carbon.

“As much carbon is stored in this relatively small area of peatland as is found in all the trees of the entire Congo Basin rainforest. The critical importance of keeping this carbon safely stored in tropical peatlands cannot be underestimated in the battle to tackle climate change.”

The central Congo peatlands were first mapped in a 2017 study also conducted by a UK-Congolese team. The scientists then spent three years in the neighbouring Republic of Congo (RoC) and estimated that the peatlands covered an area equivalent to the size of England.

However, two-thirds of this estimated area of peatland were located in the DRC, where no fieldwork had taken place – until now.

Mr Crezee added: “The 2017 study provided us with a great foundation for this next phase of research, but we needed to trek into remote peatlands in DRC to sample peat and assess if Central Africa really hosted the world’s largest tropical peatland. It certainly does, and the peatland complex is even larger than we thought back in 2017.”

“After years of work we have hundreds of field measurements of peat depth from across the region, which has allowed us to create the first ever maps of how deep the peat is, how much carbon they store, and an accurate map of the largest tropical peatland in the world.”

“We are providing essential information, as the world needs to know where the carbon is stored in order to protect it.”

The researchers worked with 24 villages across both the DRC and RoC, involving more than 100 field assistants and local guides. This collective effort allowed the scientists to make 463 measurements of peat depth across the Congo Basin to estimate how much carbon is held in the central Congo peatlands.

The researchers used satellite data to predict peat depth in areas where there were no measurements. Combining the depth estimates with peat carbon content from peat samples allowed them to calculate the total amount of carbon stored across the region.

The scientists found that many peatlands in the DRC are located in narrow river valleys along the Congo River’s tributaries, in contrast to the wide expanses of peat found between rivers in the RoC.

Mr Crezee said: “To our surprise, the peat in the narrow river valleys of the DRC is at least as deep as in the wider basins in the Republic of Congo. In the DRC you’ll find a five metre-deep layer of peat just four or five kilometres into the swamp. But in the Republic of Congo, you only find a peat layer of five metres deep after trekking over 20 kilometres into the swamp.”

Peat is partially decomposed plant matter. This wetland soil is more commonly found in cool environments, but the year-round waterlogging in the swamp prevents decomposition. This means that when trees, leaves and roots die, they do not fully rot away and slowly form a layer of peat.

The peat acts as a carbon sink, removing carbon from the atmosphere through past plant growth.

If peatlands dry out – either through changes in land use such as drainage for agriculture or reduced rainfall – peat decomposition can accelerate, releasing the stored carbon into the atmosphere.

The central Congo peat swamp forests are currently one of the most carbon-dense ecosystems on earth, storing an average of 1,712 tonnes of carbon per hectare in peat.

Due to their remote location, the peatlands in the Congo Basin so far have been kept wet because they are relatively undisturbed. Development on the peatlands could have a disastrous effect on managing global climate change.

Parts of the peatlands have been earmarked for oil exploration, as well as planned industrial logging concessions and palm oil development, placing the future of the area under threat.

When the researchers overlaid the new peatland map with plans for changes in land use, they found that a quarter of the carbon stock was threatened by industrial logging, mining or palm oil development.

People living near the peatlands are using them fairly sustainably, but threats are growing from oil drilling, logging and palm oil plantations.

Professor of Botany of Forest Conservation at the University of Kisangani, Corneille Ewango, said: “The Congolese peatlands are so rich. At one site alone we counted more than one hundred plant species, some of which are almost certainly new to science.

“People living near the peatlands are using them fairly sustainably, but threats are growing from oil drilling, logging and palm oil plantations. These developments risk the Congolese peatlands emitting vast quantities of carbon dioxide into the atmosphere, which would put global climate commitments out of reach.

Prof Ewango added: “Going forward, plans are needed to increase the incomes of local people while enhancing their abilities to protect the central Congo peatlands, and I hope our work will help secure a better future for the peatlands and its people.”

Professor Simon Lewis, at Leeds’ School of Geography, is a senior author of the paper. He said: “This research is a huge collaborative effort involving scientists from universities in the DRC and UK, and is a fantastic example of what can be achieved when we work as partners to tackle global issues.

“While much of the focus is on carbon, we can’t forget that the Congolese peatlands are also home for many plant and animal species, including bonobos, gorillas and forest elephants. Given that this is a waterlogged landscape, oil spills in particular could pollute huge areas, affecting the health of local people and the wildlife that depend on the water from the peatlands.

“We're only just starting to understand the peatlands and their rich biodiversity. We hope that our findings will highlight why it’s more important than ever to place the scientific study and protection of the peatlands high on the international agenda.” 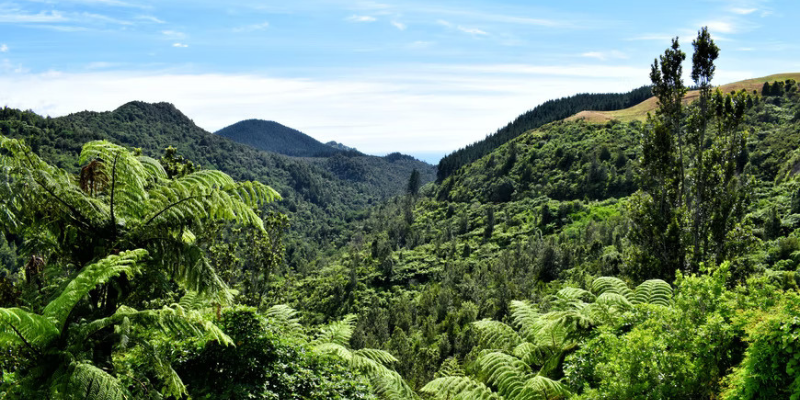