Research and innovation news Tuesday 14 May 2019

Collaborative projects to advance understanding of biodiversity in Latin America 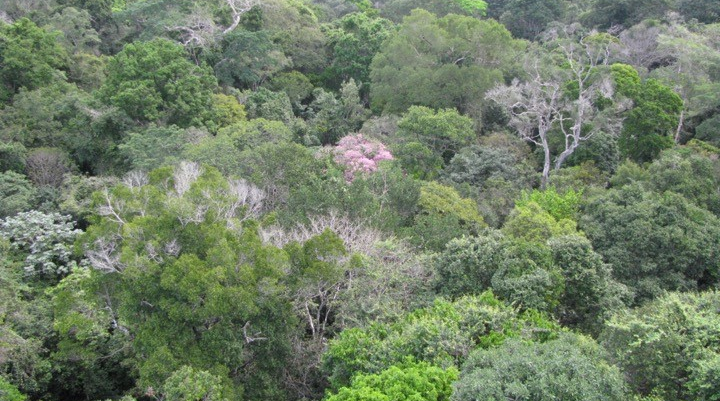 Dr David Galbraith, Associate Professor of Earth Dynamics in the School of Geography, will lead new cross –continent research on the human impact on biodiversity in Latin America.

The research project, titled ‘ARBOLES: A trait-based Understanding of LATAM Forest Biodiversity and Resilience’ is one of four Newton Fund projects under their Latin America Biodiversity Programme. It will provide a continent-wide assessment of how humans are influencing Latin America’s diverse forest ecosystems, from tropical rainforests in Amazonia to the temperate forests of Chile and Argentina.

These forests are under a wide range of local pressures, including mining, selective logging, and conversion to farmland, whilst also experiencing stressors due to climate change. The project will examine how forest plants respond to these combined pressures and how the composition of plant species in Latin American forests is likely to shift over time, informing management strategies across the region.

South America boasts an incredible diversity of forest ecosystems which include not only the Amazon rainforest but also Atlantic forests, Andean cloud forests and temperate forests in Chile and Argentina.

Dr David Galbraith said: “South America boasts an incredible diversity of forest ecosystems which include not only the Amazon rainforest but also Atlantic forests, Andean cloud forests and temperate forests in Chile and Argentina. What is really exciting about ARBOLES is that it brings together researchers and datasets from across all of these ecosystems to better understand changes in forest biodiversity at a continental scale.”

NERC-funded researchers have begun a series of collaborative projects with partners in Argentina, Brazil, Chile and Peru to advance understanding of the social and economic role of biodiversity in Latin America, and how it can be managed more sustainably.

The four projects will look at management of fisheries, pollination, forests and invasive species regionally and across Latin America, one of the most biodiverse regions in the world. The projects will build understanding of how biodiversity enables ecosystems to deliver vital services to people, such as clean water, food and natural resources. This understanding will inform schemes to enable sustainable economic growth across the region. The first phase, led by the British Council, established relationships between participating countries and identified shared areas of concern. The current phase is led by NERC and invited researchers to submit research proposals involving UK researchers and partners from at least two of the other participating countries.

NERC is running the programme in partnership with four other funders: the Argentine National Scientific & Technical Research Council (CONICET), the Brazilian São Paulo Research Foundation (FAPESP), the Chilean National Commission for Scientific & Technological Research (CONICYT), and the Peruvian National Council for Science, Technology & Technological Innovation (CONCYTEC). NERC and its partners are investing over £5 million in the programme. The four projects were awarded funding following a joint evaluation by the funding agencies.