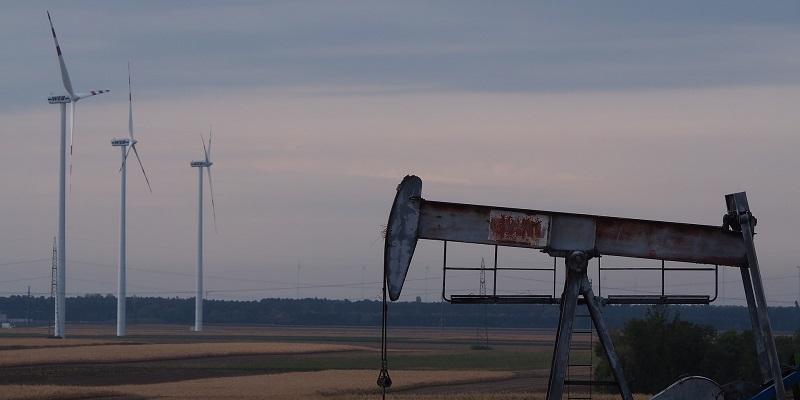 An evaluation of the global energy return on investment for fossil fuels and renewable sources reveals a much more level playing field than previously believed.

An enduring argument for the ongoing use of fossil fuels is their high energy return on energy investment – the ratio of how much energy a source such as coal or oil will produce compared to how much energy it takes to extract.

Previously, the estimated ratios for energy return on investment (EROI) have favoured fossil fuels over renewable energy sources. Oil, coal and gas are typically calculated to have ratios above 25:1, this means that roughly one barrel of oil used yields 25 barrels to put back into the energy economy. Renewable energy sources often have much lower estimated ratios, below 10:1.

But these fossil fuel ratios are measured at the extraction stage, when oil, coal or gas is removed from the ground. These ratios do not take into account the energy required to transform oil, coal and gas into finished fuels such as petrol used in cars, or electricity used by households.

The energy cost of fossil fuels

A new study, co-authored by scientists from the Sustainability Research Instituteat the University of Leeds, has calculated the EROI for fossil fuels over a 16 year period and found that at the finished fuel stage, the ratios are much closer to those of renewable energy sources – roughly 6:1, and potentially as low as 3:1 in the case of electricity.

The study, undertaken as part of the UK Energy Research Centre programme and published today in Nature Energy, warns that the increasing energy costs of extracting fossil fuels will cause the ratios to continue to decline, pushing energy resources towards a “net energy cliff”. This is when net energy available to society declines rapidly due to the increasing amounts of “parasitical” energy required in the energy production.

The researchers emphasise that these findings make a strong case for rapidly stepping up investment in renewable energy sources and that the renewables transition may actually halt – or reverse – the decline in global EROI at the finished fuel stage.

We are swiftly reaching the point where all the easily-accessible fossil fuel sources are becoming exhausted. By stepping up investment in renewable energy sources we can help ensure that we don’t tip over the edge.

Study co-author Dr Paul Brockway, an expert in energy-economy modelling at the School of Earth and Environment, said: “Measuring energy return on investment of fossil fuels at the extraction stage gives the misleading impression that we have plenty of time for a renewable energy transition before energy constraints are a concern.

“Those measurements are essentially predicating the potential energy output of newly-extracted sources like crude oil. But crude oil isn’t used to heat our homes or power our cars. It makes more sense for calculations to consider where energy enters the economy, and that puts us much closer to the precipice.

“The ratios will only continue to decline because we are swiftly reaching the point where all the easily-accessible fossil fuel sources are becoming exhausted. By stepping up investment in renewable energy sources we can help ensure that we don’t tip over the edge.”

Study co-author Dr Lina Brand-Correa, an expert in the social aspects of energy use on the Living Well within Limits (LiLi) project at Leeds, said: “There is too much focus on the initial economic costs of transitioning to renewable energy.

“Renewable infrastructure, such as wind farms and solar panels, do require a large initial investment, which is one of the reasons why their energy return on investment ratios have been so low until now.

“But the average energy return on investment for all fossil fuels at the finished fuel stage declined by roughly 23% in the 16-year period we considered. This decline will lead to constraints on the energy available to society in the not-so-distant future, and these constraints might unfold in rapid and unexpected ways.

“Once the renewable infrastructure is built and dependency on fossil fuel decreases, the energy-return-on-investment for renewable sources should go up.

"This must be considered for future policy and energy infrastructure investments decisions, not only to meet climate change mitigation commitments but to ensure society continues to have access to the energy it needs.”