Mapping the global impact of shrinking glaciers on river invertebrates 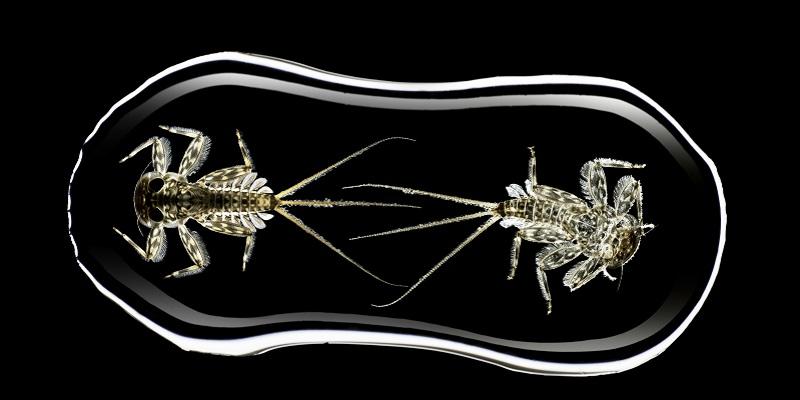 River invertebrates react the same way to decreasing glacier cover wherever in the world they are, say scientists.

The scientists have evaluated more than one million river invertebrates in diverse regions with shrinking glaciers, in order to determine the impact of global environment change.

Their findings, published today in Nature Ecology & Evolution, indicate that there is a globally consistent pattern in the way river invertebrates respond to decreasing glacier cover. It highlights the possibility of applying a similar method to track environmental impacts on invertebrate groups in other types of ecosystems.

Lead author Professor Lee Brown, from the School of Geography and water@leeds at the University of Leeds, said: “By combining river invertebrate records from all over the world, we are able to map functional traits shared by species, such as body size, movement, life cycle length and eating habits.

“So while New Zealand does not have the exact same river invertebrate species as the USA, those species that are present in each location possess similar functional traits.

“Because traits determine how species respond to changes in the environment, we can chart the effect of environmental change on functional traits and thus understand the impact on river invertebrate communities worldwide.”

Invertebrates account for nearly 95% of the animal species on Earth. They perform important key ecological roles such as maintaining soil fertility, carbon cycling and water purification

The team combined data on river invertebrates collected from over 170 sites in nine different mountain ranges — spanning across three continents and both hemispheres. By examining invertebrates from glacier-fed rivers the researchers were able to ensure that the effects on functional traits would be due largely to environmental change caused by glacier shrinking as opposed to human-made impacts, because these study regions are often more pristine than other river ecosystems.

Co-author Dr Martin Wilkes, from Coventry University, explained: “This study allows us to see how functional traits influence species adaption to the changing environment. For example, as glaciers shrink we see that invertebrate responses are strongly influenced by whether they can easily migrate to and thrive in a new location.

“Under scenarios of rapid future environmental change such as global glacier retreat, organisms which are only able to migrate short-distances might not keep pace with habitat shifts — leading to major changes in these aquatic ecosystems.”

By combining river invertebrate records from all over the world, we are able to map functional traits shared by species, such as body size, movement, life cycle length and eating habits

Professor Brown added: “Invertebrates account for nearly 95% of the animal species on Earth. They perform important key ecological roles such as maintaining soil fertility, carbon cycling and water purification. Understanding invertebrate functional responses to environmental change is of urgent importance to reduce the threat of extinctions and changes to major ecosystem functions.

“Our results highlight the potential to use trait-based approaches to predict the impact of environmental change on invertebrates such as those that live in other ecosystems, such as the oceans, soils or even in cities.”

water@leeds is a world-leading water research and training organisation, producing high quality, highly cited papers with high levels of international collaborations. Since its establishment in 2009, water@leeds has grown to become the largest water-related research and training centre in the world. As of September 2017 our researcher numbers are 329, and it is our internal diversity, reach, and vibrancy, together with established interdisciplinarity which are our core strengths. www.water.leeds.ac.uk

The University of Birmingham is ranked amongst the world’s top 100 institutions. Its work brings people from across the world to Birmingham, including researchers, teachers and more than 5,000 international students from over 150 countries. www.birmingham.ac.uk

Coventry University is a dynamic, global and transformational ‘modern university’ whose roots can be traced back to 1843 to the Coventry School of Design. With a proud tradition as a provider of innovative teaching and learning and a focus on impactful research, the University has established a robust reputation for pushing the boundaries of higher education regionally, nationally and across the world.

The University’s Centre for Agroecology, Water and Resilience (CAWR) drives the development and implementation of resilient food and water systems around the world. The centre is internationally renowned for its work supporting communities throughout the globe to achieve and sustain food and water sovereignty. A key part of this is the incorporation of citizen-generated knowledge - the participation of farmers, water users and other people affected by the issues explored in this transdisciplinary research. www.coventry.ac.uk

The University of Innsbruck was founded in 1669 and is the biggest and most important research and educational institution in western Austria. Today it is comprised of 28,000 students and 4,500 staff and faculty members. 16 faculties provide a broad spectrum of programs in all fields of study. Academics teach and research in the diverse scientific fields of humanities, science, economic and social sciences, theology, law, architecture, engineering, and teachers' training. www.uibk.ac.at

The Norwegian Institute for Water Research

The Norwegian Institute for Water Research (NIVA) is Norway’s leading institute for fundamental and applied research on marine and freshwaters. The institute’s research comprises a wide array of environmental, climatic and resource-related fields. NIVA’s world-class expertise is multidisciplinary with a broad scientific scope and we combine research, monitoring, evaluation, problem-solving and advisory services at international, national and local levels. www.niva.no

The University of Iceland is the leading university in Iceland and plays an active role in society and in the international scientific community. Currently some 13,000 students are enrolled at the University, including almost 1,400 international students. The University of Iceland comprises five schools and 25 faculties offering over four hundred different programmes of study. Dynamic and extensive collaboration with key research institutions and industry is an important factor in the University’s operations. Furthermore, working with leading universities all over the world provides the foundation for an international network of knowledge. www.english.hi.is/

Eawag is the Swiss Federal Institute of Aquatic Science and Technology. Eawag is Swiss-based and internationally linked and committed to an ecological, economical and socially responsible management of water – the primary source of all life. www.eawag.ch