ITS at TravelHackII and software events, past and future 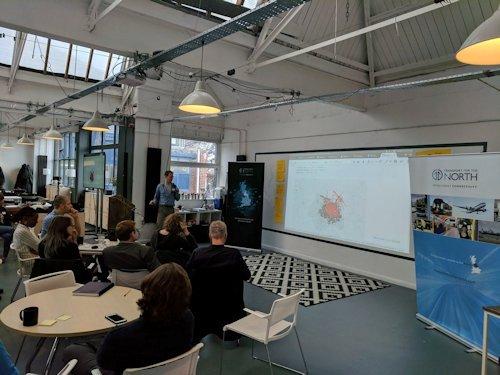 A 'repo' with reproducible code demonstrating the method was produced and is available at the code-sharing website github.com. An image of the data generated for the event, showing routes into Leeds city centre where car trips could be replaced by cycling and then catching the bus - if proper infrastructure is provided - is shown below. 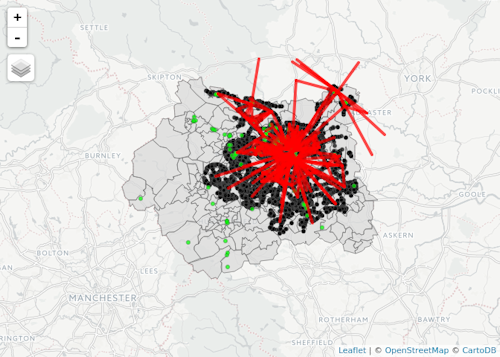 Ian's hack was on improving public transport apps, as shown below. 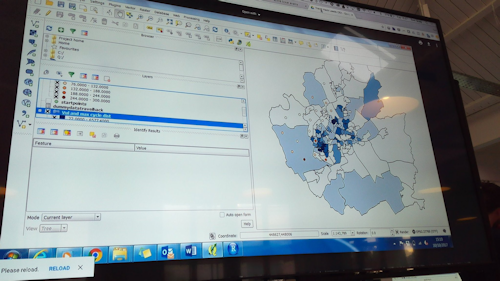 This hackathon follows hot in the footsteps of Robin's course on R for Spatial Analysis, which was a hit with ITS students and PhD students alike - slides from the course can be found here.

If you missed the course but still want to learn about data science software for spatial analysis and processing large transport datasets, there are many upcoming opportunities, including:

Data science is an increasingly important skill in transport research, and underlies recent publications by ITS staff including a paper exploring the impact of the London Congestion Charge of vehicle fleets (Morton et al. 2017) and an ongoing project funded by the Department for Transport which has become part of government legislation (the Cycling and Walking Infrastructure Strategy) that is being used by many local authorities and consultancies to make investment in cycling infrastructure more evidence-based (Lovelace et al. 2017).