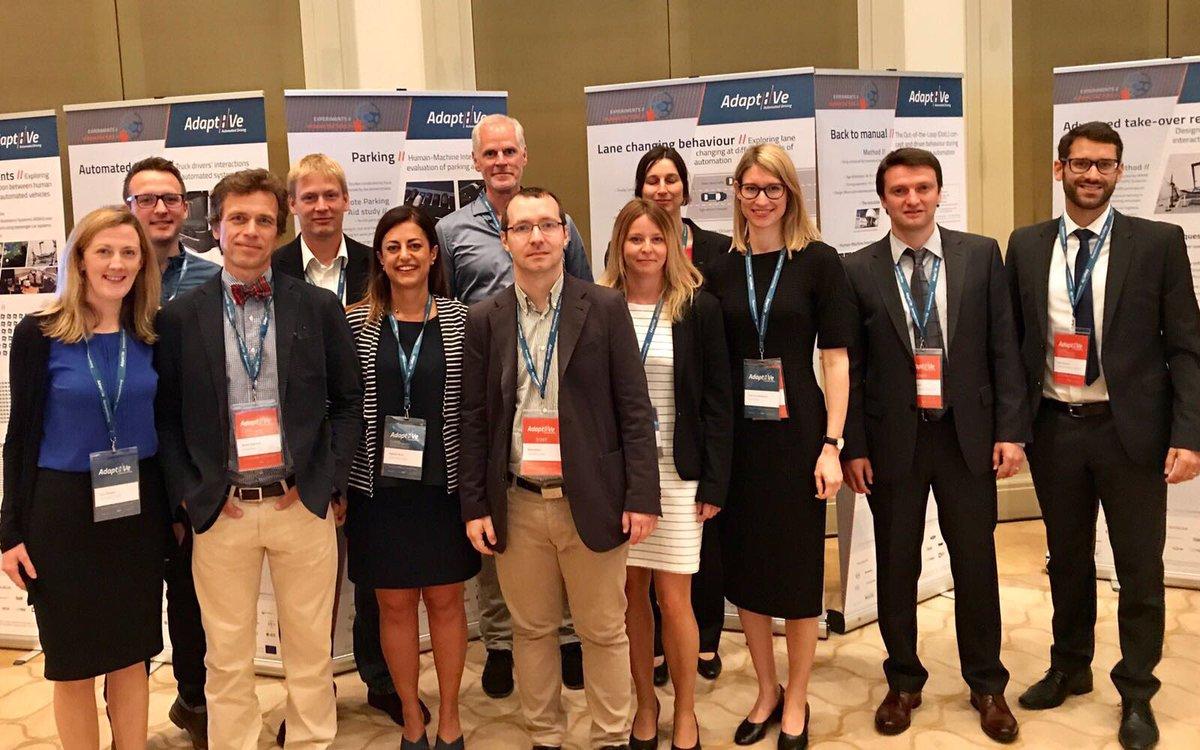 Europe’s largest research project on automated driving has demonstrated how vehicles of the future will negotiate even the most complex of situations, transforming the driving task.

The AdaptIVe project has showcased how automated cars and trucks perform in a range of scenarios at low, medium and high speeds, with fundamental implications for the role of humans:

With 28 partners across eight European countries and a budget of €25 million, the project has designed systems to dynamically adapt the level of automation to suit actual road conditions. It has also addressed important legal and regulatory questions required for market introduction.

During the three-year project, the Institute for Transport Studies was one of the six research institutes to conduct extensive user studies, exploring how people interact with automated driving systems. The ITS team were involved in shaping the human factors elements of the project, using the University of Leeds Driving Simulator. Studies examined the time it takes drivers to resume control from an automated system in emergency situations, the effect of secondary tasks on performance, and drivers’ preferences for different lane-changing systems.

Professor Natasha Merat, ITS’ lead researcher for AdaptIVe adds:
“Using the safe and highly controllable simulator environment we were able to study driver response to critical scenarios, using new methods to artificially reduce their perception of the driving scenario and take them ‘out of the loop’. Understanding how drivers return to the loop and resume control from automation, and how their attention is divided between the different vehicle controls and the road, will allow manufacturers to design Human Machine Interfaces for safe and effective interaction between humans and automated vehicles.

The project has culminated with a final event in Aachen, Germany, where an automated truck and eight different classes of automated car were demonstrated in settings ranging from a test track to garage parking and public roads. AdaptIVe has paved the way for further testing of automated vehicles in real-life traffic and highlighted the role of partnership between the automotive industry and universities in developing and testing user-friendly technology.  Read more at www.AdaptIVe-ip.eu