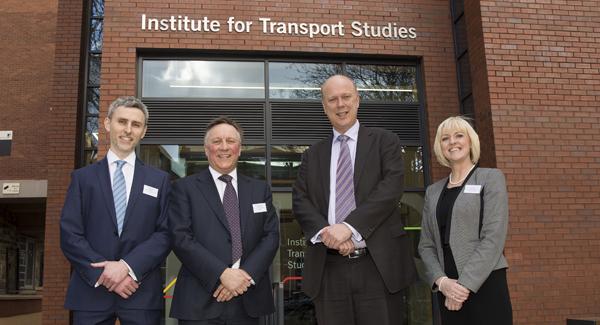 A new online tool reveals the areas and routes in England that have the greatest potential for cycling.

The newly-launched Cycling and Walking Infrastructure Strategy (CWIS) is part of a £1.2 billion government plan to make cycling the natural choice for short trips. A central part of the delivery of the CWIS at the local level is the Propensity to Cycle Tool (PCT), which was developed by academics from four UK universities, including the University of Leeds. The CWIS highlights the Propensity for Cycle Tool’s potential use in assisting with the preparation of Local Cycling and Walking Infrastructure Plans (LCWIP) – a key feature of the government’s strategy.

The tool, funded by the Department for Transport, helps prioritise investment in transport and is widely seen as representing a step-change in planning strategically to increase cycling. The design, features and potential applications of the PCT was recently published in the Journal of Transport and Land Use.

Lead author Dr Robin Lovelace, based at ITS and the Leeds Institute for Data Analytics, is the lead developer of the tool. He said: “The PCT allows decision makers to be confident that investment in cycling will be spent sensibly, in the right places and as part of a joined-up cycling network.” 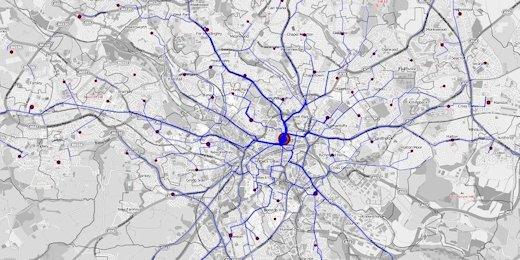 During a recent visit to ITS, Secretary of State for Transport Chris Grayling received a full demonstration of the PCT. The tool currently uses 2011 Census data on journeys to work. It offers four scenarios of change for transport planners, cycling advocates and the public to help decide which areas and routes should be prioritised. These include a ‘Go Dutch’ scenario modelled on cycle use in the Netherlands and one featuring an increased uptake of electrical bikes. 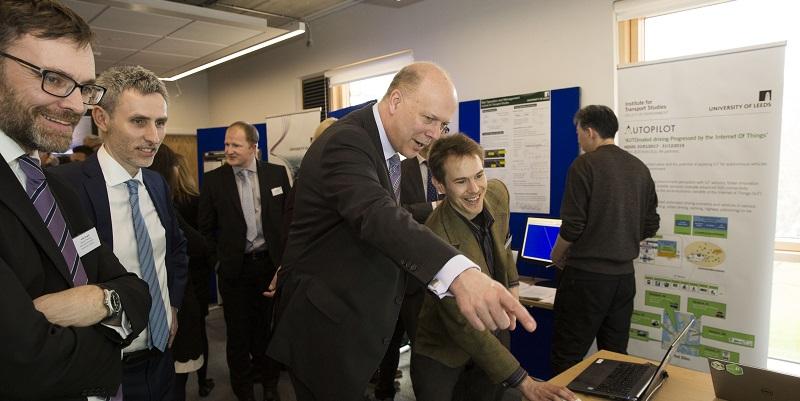 Roger Geffen, policy director at Cycling UK, the UK’s largest charitable membership organisation promoting cycling use said: “PCT is set to have a transformative impact on cycle planning in England. I believe it is the single best thing the Department for Transport has done for cycle planning.  The way PCT is featured in the LCWIP guidance will encourage local authorities to use the PCT to inform their cycle network planning processes.  I, therefore, expect most local authorities in England – and certainly any authority with serious ambitions to boost cycle use – will use the PCT to help develop their LCWIPs over the next few years.”

What does the Propensity for Cycle Tool tell us about Leeds?

The Propensity to Cycle Tool (PCT), reveals high cycling potential along all of the major arterial routes into Leeds city centre – including the Leeds to Bradford cycle superhighway, which opened in June 2016.

Dr Lovelace said: “Some people have questioned whether the investment in the cycle superhighway was worth it. Our analysis shows the route has high cycling potential, seeing a five-fold increase in cycle commutes if West Yorkshire commuters took to cycling like our Dutch counterparts.  A ‘Go Dutch’ scenario may at first appear ambitious. But the average cycle commute in the Netherlands is, in fact, shorter than the average cycle commute in England, so ‘Going Dutch’ means making more cycle trips, not longer ones.”

Sometimes people assume the reason for low rates of cycling is due to West Yorkshire being too hilly or the journey distances are too long. The ‘Go Dutch’ scenario uses Dutch cycling rates for English commuter trips, adjusted for both distance and hilliness – and dramatic cycling rate increases are still shown.

Under the ‘Go Dutch’ scenario, every English local authority would see at least 1 in 15 commuters cycling to work, with a third seeing cycle commuting rates of 20% or more.

In Germany, half a million electric bikes (Ebikes) are sold every year, helping a hilly country reach high levels of cycling. The same could happen here, with more supportive cycling infrastructure and policy. In hilly Leeds, for example, modelled cycling potential jumps from 15% in the ‘Go Dutch’ scenario to 25% under the Ebikes scenario.

Principal Investigator on the project Dr James Woodcock, from the Centre for Diet and Activity Research at the University of Cambridge, said: “This analysis highlights just how much cycling potential exists right across the country; not only in those areas already part of the upsurge in cycling but also in places that haven’t yet started investing.”

Dr Lovelace said: “Sport cycling is great at getting people cycling. But our research shows that you don’t need to be Bradley Wiggins to join the cycling revolution: cycling to work and other trips in everyday life is accessible to many people in Yorkshire and beyond.”

The institutions behind the PCT team are the Universities of Cambridge, Leeds and Westminster as well as the UKCRC Centre for Diet and Activity Research (CEDAR). The PCT was delivered in partnership with Brook Lyndhurst (Phase I) and Atkins (Phase II). It is funded by the Department for Transport with additional impact funding secured from the Economic and Social Research Council and Engineering and Physical Science Research Council.