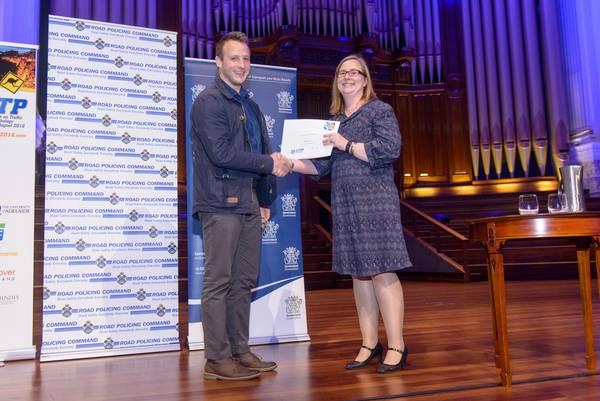 ITS researcher Tyron Louw won the Best Young Scientist Award at the International Conference on Traffic and Transport Psychology (ICTTP) held in Brisbane, Australia in August 2016.

The award recognises the role that early career researchers play in shaping the next generation of road safety and transportation research and practice.

Tyron was recognised for his research into the human factors aspects of drivers’ interactions with highly automated vehicles, including his most recent paper entitled Were they in the loop during automated driving? Links between visual attention and crash potential currently in press in the journal Injury Prevention.

The award is also a culmination of a sustained team effort that Tyron has contributed to over the course of his PhD. Tyron’s team, led by Professor Natasha Merat, has studied how drivers interact with highly automated driving systems for over 10 years. In 2013, the team began work on two multi-partner EU-funded collaborative projects on vehicle automation, AdaptIVe and CityMobil2. Since then, Tyron has been instrumental in designing the team’s research program in this new field, developing novel analysis methodologies, and promoting public engagement.

ITS Director Professor Greg Marsden congratulated Tyron, saying “We are delighted that Tyron’s work has been recognised via this prestigious award. The debate around the acceleration of increasingly autonomous driving is incredibly important and Tyron is an important part of our growing team addressing these critical issues”.

Were they in the loop during automated driving? Links between visual attention and collisions.

A methodology for inducing the out-of-the-loop phenomenon in highly automated driving.