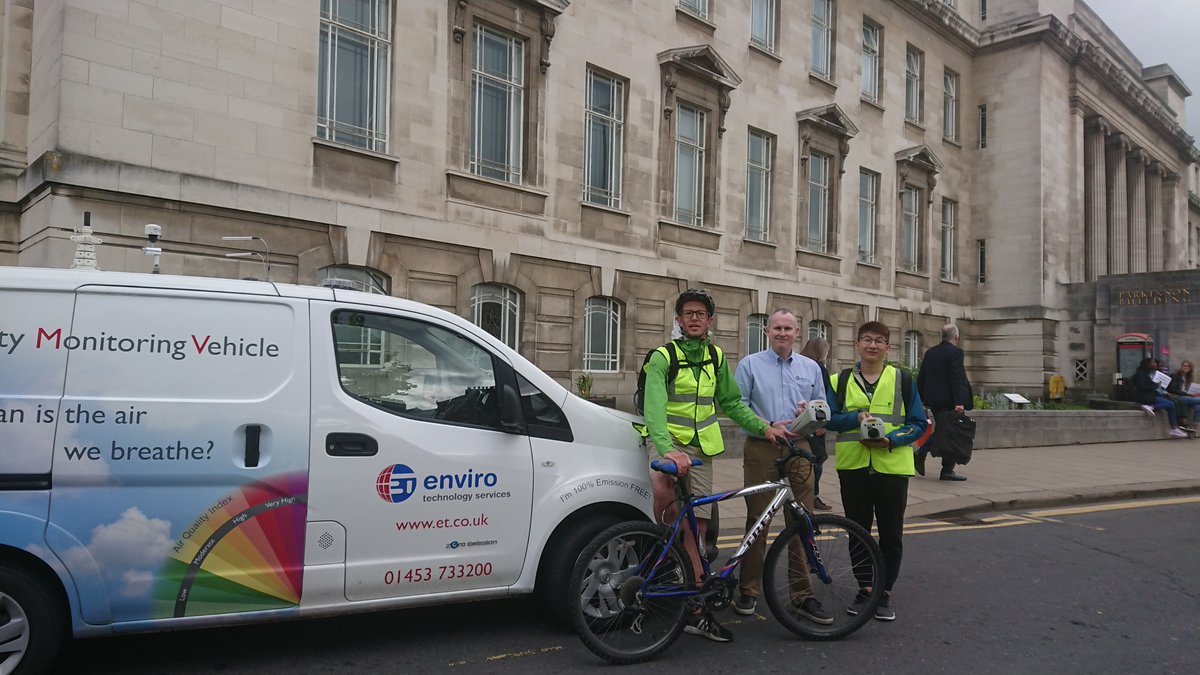 In early June 2018, ITS staff and students studied commuter exposure to fine particles using portable instruments (particle number counters) when commuting to and from a street in Headingley.

Week one saw simultaneous data collected travelling along the main road (Headingley Lane, A660) by four modes of transport, including bike, on foot, bus and in a specially instrumented electric van branded the ‘Smogmobile’ provided by Enviro Technology Services.

"It has been very exciting to be involved in conducting research into Leeds' air quality and commuter exposure, hopefully this will contribute towards tailored commuter mode advice to reduce personal exposure in the future" said Marie Godward, one of the students involved in the project.

The preliminary findings have shown that the cyclist, although exposed to short periods of very high concentrations of particles when passing by queuing traffic, consistently had the lowest level of cumulative exposure as it was quicker than all the other transport modes.

During week two, the team investigated how cyclist and pedestrian commuter exposure varies when between the main road route and an alternative, parallel green route along part of the Meanwood Valley Trail and through Hyde Park. Although travel along the green route takes slightly longer, with the levels of particles being 10 or more times lower, the total exposure was considerably less than the road for all walking and cycling trips.