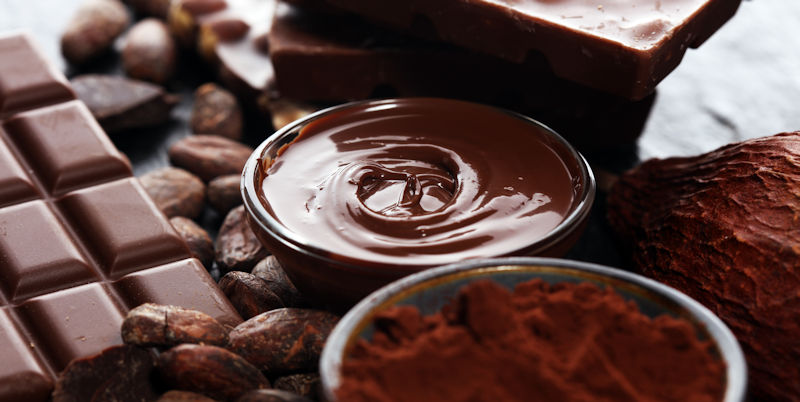 The global chocolate industry, worth an estimated 117 billion per year, will benefit from improved product quality and reduced energy use through a novel process for chocolate tempering, during large scale chocolate manufacturing, developed through research in the School of Food Science and Nutrition.

Professor Megan Povey, whose research in the field of crystallization of oils in colloidal systems spans several decades, has collaborated with Nestlé and SME Albion Crystallization to create the new process. It was tested at the pilot scale and scaled-up to an industrial machine, which is ready for industrialization. The work was funded by a collaborative grant from the Technology Strategy Board (now Innovate UK) and CONACYT Mexican government grant.

Tempering is the critical operation in chocolate production as it allows the formation of cocoa butter crystals with a desired polymorphic form, which determines the sensory quality and stability of the finished chocolate. Standard tempering involves controlled heat/cool cycles designed to crystallize and modify the cocoa butter crystals within the chocolate mass into the optimal polymorphic form, imparting the smooth, glossy properties to chocolate.

Industrial tempering operations are not easily controlled. If not appropriately controlled, tempering can generate crystals of the wrong polymorphic type leading to chocolate bloom and crumbling texture. Blooming is one of the major problems in chocolate manufacturing and the highest consumer quality complaint. Therefore, being able to precisely control crystal nucleation and its parameters can dramatically improve the tempering operation. The new process will improve product quality with respect to shelf life and bloom formation. It will also reduce factory footprint.

Professor Povey’s group carried out fundamental research in lipid nucleation and crystal growth using model systems (n-alkanes) and cocoa butter  to establish new understanding of the role of fatty acid (FA) composition and position of the esters on crystal polymorphic forms which are key determinants of lipid crystals formation and stability. Leeds research also established the effect of surfactants and processing conditions such as shear, temperature and pressure, on crystal formation, which has direct relevance to chocolate production.

The researchers developed new methods based on ultrasound and acoustic technologies to determine the colloidal properties of lipid dispersed systems. They applied these technologies to monitor, control and modify lipid polymorphism during processing. The group has also used a combination of X-ray diffraction, light scattering and nuclear magnetic resonance (NMR) to study crystal polymorphism of cocoa butter at the nanoscale.

This fundamental research led to a successful collaborative grant with industry. Facilitated by a long-standing relationship between the University of Leeds and Nestlé, a disruptive process has been successfully trialed first at the University of Leeds and then scaled up to a production prototype unit installed at Nestlé’s pilot plant facilities. The technology has been successfully tested and validated at an industrial scale ready for potential future implementation. Work continues between Nestlé and Prof Povey’s group to make further improvements to the process.