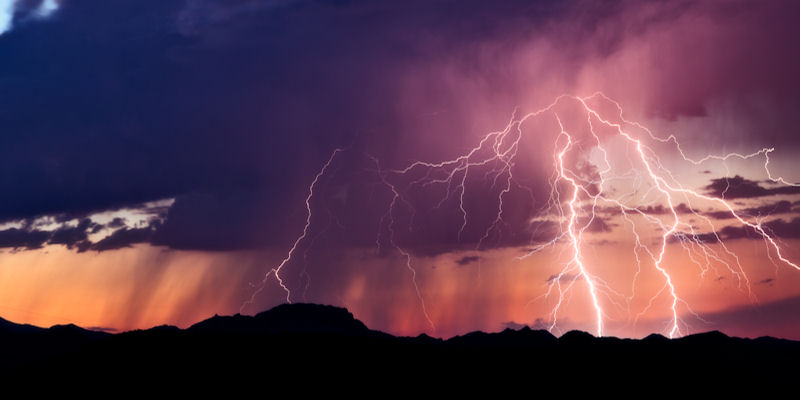 Thunderstorms, or more generally, cumulonimbus storms, represent one of the most dramatic and violent phenomena in the atmosphere. They are also vitally important in the circulation of our weather systems and the global climate. Cumulonimbus storms transport moist air very rapidly from low to high levels in the troposphere, and convey energy from the earth or ocean surface to the upper regions of weather systems.

We are working to better understand and predict cumulonimbus storms. Our research covers many aspects of these clouds, from the microphysical processes of individual water droplets, up to the organisation of weather systems on scales of thousands of kilometres.

We work closely with the Met Office and with the National Centre for Atmospheric Science (NCAS) in our research on cumulonimbus storms. Several researchers at Leeds have joint positions with these organisations. Professor Chris Collier and Dr Alan Gadian are NCAS scientists based in Leeds who specialise in cumulonimbus systems and their impacts. Chris has for many years pioneered innovative use of precipitation radar data, particularly for hydrological applications, while Alan works on the development of new models of convective dynamics.