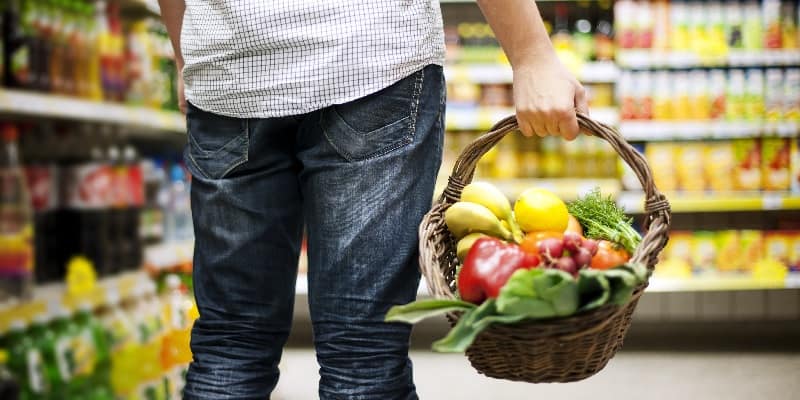 Asda customers have succeeded in reducing food waste and saving money through an award-winning scheme developed with Professor William Young from the School of Earth and Environment. Customers reported an average monthly saving of more than £80 per household as a result of taking part in the initiative.

The UK throws away 9.5 million tonnes (mts) of food each year, and household food waste accounts for 70% of this amount, according to UK waste reduction charity WRAP. They have reported that less than half the UK population associates throwing away uneaten food with climate change, but action could lead to preventing around 20mts of food waste by 2025 (WRAP 2020).

Professor Young, an expert on consumer behavior and modelling, worked with Asda to tackle knowledge barriers faced by consumers around waste. Using established psychology-based theories and by trailing different food waste reduction models, the team developed a range of strategies to help customers waste less. Messaging on both the consequences of wasting food and methods to prevent it was deployed across Asda’s product mix, including their in-store magazine.

“Another barrier faced by consumers is not knowing they could save money by modifying their habits,” explained Professor Young. “The Asda research found that attaching a personal value or benefit to the behaviour, such as how to be organised and save money, had the strongest long-term results.”

The tools introduced by Professor Young included memorable ways of communicating how to prevent food waste and save money to Asda customers. Measurable reductions in domestic food waste were visible after six months of running the scheme, which Asda continues to promote throughout its UK stores.

The Asda research found that attaching a personal value or benefit to the behaviour had the strongest long-term results.

Face-to-face behaviour change initiatives, such as community networks, focus groups, and in-store ‘champions’ proved highly successful in influencing and motivating consumers to take action. Community discussions on Facebook Supplementing this activity resulted in 2m hits per day on the product-review section, which is driven by a points system.

Labelling in-store products with stickers that display facts and ‘top tips’ on how to freeze or store them caused significant behaviour change. The stickers were added to targeted products contributing to household waste, such as bread, rocket, potatoes and carrots.

Asda continues to run the scheme, refreshing its messaging every six months, in a strategy identified by the research as having the most effect. Made possible by Knowledge Transfer Partnerships funded by the Economic and Social Research Council (ESRC) and Innovate UK, the Asda scheme led to Professor Young receiving several sector-wide awards.

Through the Consumer Data Research Centre (CDRC), Professor Young conducts research into consumer behaviour and attitudes more widely throughout Europe. His research is providing insights for European retailers to extend the market for ethical products, such as organic eggs and milk, to the mainstream. Currently these are perceived as luxury goods, appealing mainly to high-earners, even though prices of ethical products are only marginally higher.

Professor Young and colleagues at the CDRC, carry out research that enriches the large, complex datasets offered by market researchers. Their research highlights novel connections that can shed light on possible solutions to consumer challenges.

The CDRC is an ESRC-funded hub for data scientists and researchers at the University of Leeds. Every four years, it collects data on resource use, regarding transport, energy, water, and other services through national surveys.

If you would like to discuss this area of research in more detail, please contact Professor William Young.