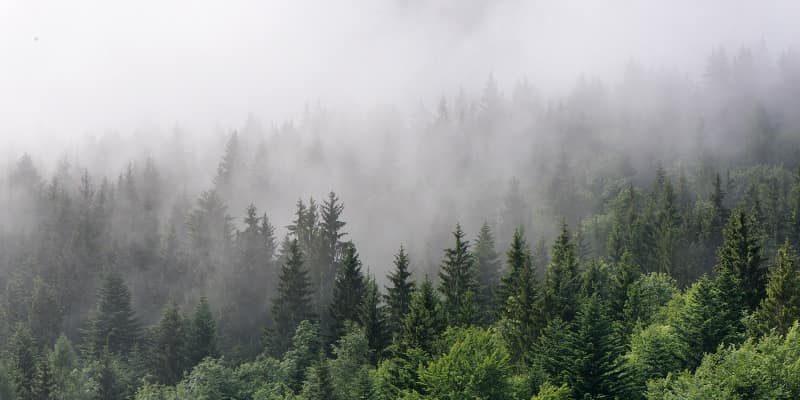 One important area of research aims to understand how land surfaces exchange energy, water, mass and momentum with the overlaying atmosphere. These fundamental exchange processes are profoundly influenced by functional and structural properties of terrestrial ecosystems, such as photosynthesis, leaf area and vegetation height. We are studying how these vegetation properties are being affected by global change and how these impact biosphere-atmosphere exchange processes.

Under global change, there is particular concern that major biomes like the vast northern boreal forests and the tropical rainforests are being pushed to a point where they can no longer exist and are being replaced after some time by other ecosystems.

We also study the dynamics of airflow within and above forest canopies. These processes affect the transport of energy, water, carbon dioxide and other trace gases at the biosphere-atmosphere. Over undulating terrain or variable canopy cover, the dynamics of the airflow can drive large variability in transport, and hence can contribute to uncertainty in measurements of CO2 exchange over forests. This is important in trying to close the carbon budget, and to understand how the uptake of CO2 into forests is mitigating climate change.

Other important areas of research include the study of biogenic emissions of trace gases and biomass burning particles and how they affect climate and air quality. This research is linked to our research on Atmospheric Chemistry and Aerosols.

Members of this group have created a University-wide Leeds Ecosystem, Atmosphere and Forest Research Centre.

Some key questions that we are addressing: