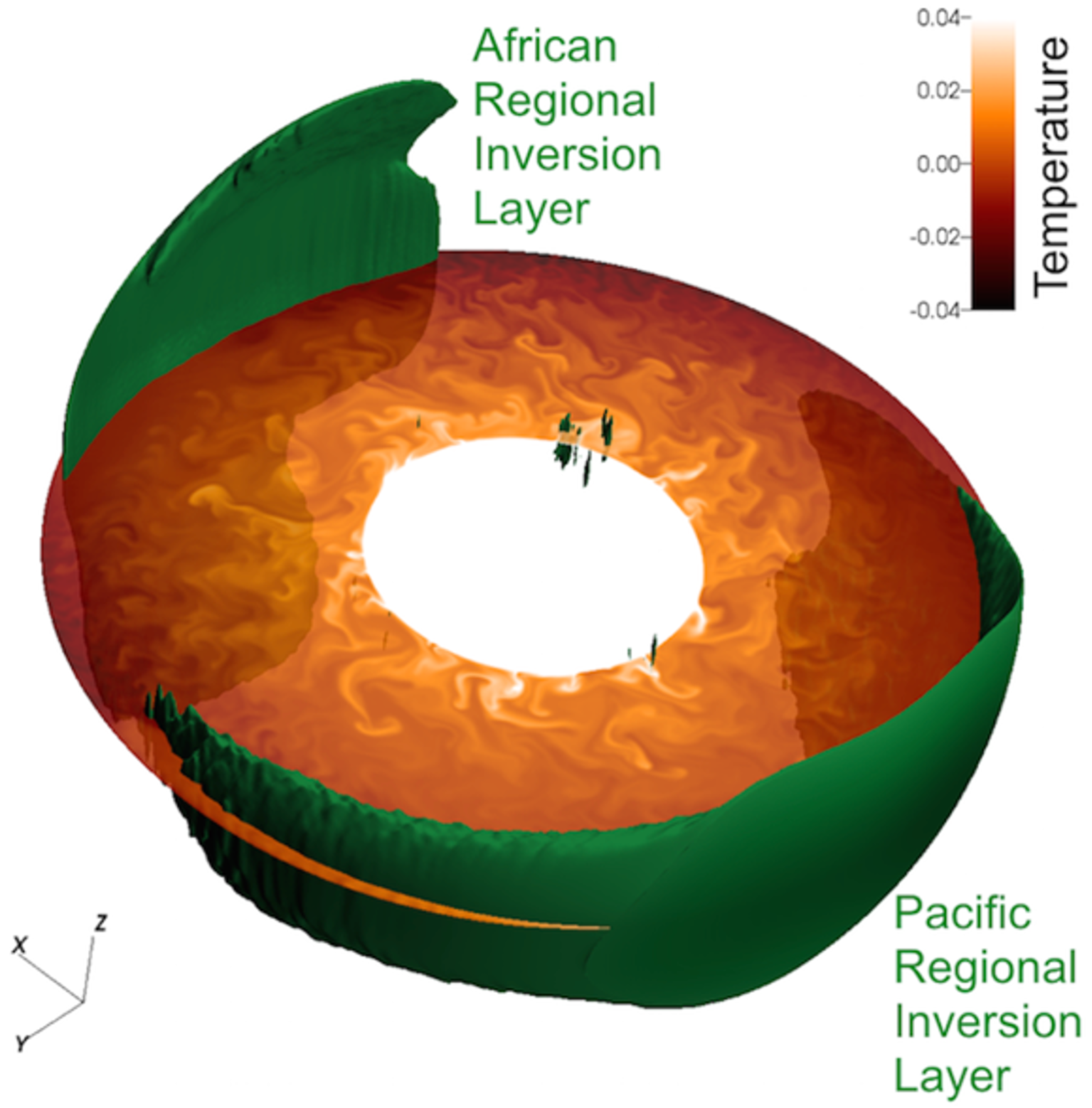 The geomagnetic field plays a key role in the Earth system by shielding the surface environment from a wind of charged particles emanating from the sun. However, this shielding effect is far from constant; the strength and structure of the field varies significantly in time. This can cause problems for international telecommunications and disrupt satellites as they pass through regions of weak field.

To understand why the field changes we must look deep beneath our feet to Earth's iron core. It is in the core that our magnetic field is produced by an ocean of liquid iron alloy that is powered into turbulent motion by heat loss to the overlying mantle. Data from satellites and permanent observatories can be used to determine the magnetic field at the top of the core, but cannot directly provide information about the core's interior.

Our understanding of Earth's magnetic field is therefore only as good as our knowledge of the core surface, and it is here that there have been significant new insights. Debate surrounding the dynamics at the top of Earth's core has persisted for over 40 years and has centred around one key question: is there a stable layer of fluid at the top of the core or is the whole core in turbulent motion? The distinction is critical because the existence of a stable layer would hide from observational view the key processes that generate the magnetic field in the core's turbulent interior.

The two main tools for studying Earth's core are seismology and geomagnetism, unfortunately they provide conflicting evidence. Seismic studies find anomalously slow wave speeds in the uppermost core compared to what is expected for a turbulent region, implying there is a stable layer at the top of the core. Conversely, geomagnetic observations appear to require radial fluid motions at the top of the core, motions that would be absent in a stable layer.

The crucial, and untested, assumption inherent in all previous work is that any stable stratification preventing turbulent convection in the core arises as a global layer. Using advanced computer simulations, we have recently discovered a new scenario is possible, that stratification occurs on a regional scale and not as a global layer. In our simulations, stable regions arise because the amount of heat leaving the core varies around the core-mantle boundary: radial motion in the core is suppressed by the unusually hot mantle under the central Pacific and Africa; conversely, radial core flow is enhanced where the cold mantle at American and east Asian longitudes draws more heat from the core. In this scenario, seismic and geomagnetic observations that apparently suggest different dynamics can be resolved within a single coherent framework. Our best estimates of temperature variations in the mantle suggest that both stable and unstable regions should exist in Earth's outermost core, the next step is to establish whether they do. A key aspect of this regional stratification scenario is that it can be tested using improvements in seismic and geomagnetic observations.

We will test this model of regional structure and dynamics in the uppermost core by combining cutting-edge seismic processing techniques with state-of-the-art simulations of core dynamics and quantitative metrics for comparing simulated and observed magnetic fields. By enabling new seismic observations to drive new dynamical simulations and vice versa we will obtain a self-consistent picture of outer core dynamics and hence an improved understanding of how the core generates the magnetic field.